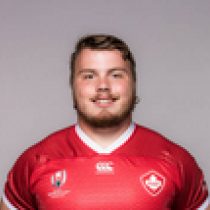 Selected to the de facto Canada U19 Select side after standing out with the Atlantic Rock age grade sides, Keith became one of four players in the program who received financial support while remaining eligible for the 2017 national u20 side.

He represented Toronto Arrows in their debut season in the Major League Rugby season.

He has since gone on to make 12 appearances for his nation since making his debut against Chile and has been included in the squad ahead of the 2019 Pacific Nations Cup.