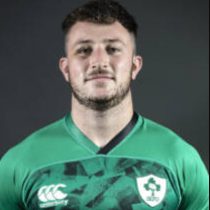 The Kildare native came through the Leinster schools system where he attended Clongowes Wood College.

Represented Ireland at various age-grade levels including the successful U20 side that reached the U20 World Rugby final in 2016.

The UCD player came through the Leinster Academy and featured regularly for the Leinster 'A' / Ireland 7's squad.

Connors was brought into the Leinster senior squad during 2017/18 season and made his debut for the Province against Edinburgh Rugby.

After 9 senior caps to his name for Leinster he was named in the side's squad for the 2019 Champions Cup.