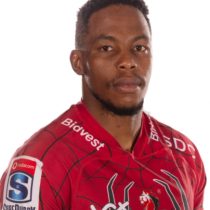 Born in Queenstown Sibahle Ndiphiwe Maxwane, better known as Rabz, attended the famed Dale College Boys High School in King William’s Town. He earned his first provincial honours while at Dale College when he was named in the Border squad for the 2013 Under-18 Academy Week held in Durban.

He was in action for Western Province in 2015, making nine appearances in the Under-21 Provincial Championship. He scored two tries in their 50–14 victory over Leopards U21 as his team finished top of the log after the round-robin stage but an injury ruled him out of the play-off matches.

He also joined the South Africa Sevens academy, where he was named in the Blitzboks wider training squad that prepared for the 2016 Summer Olympics. A first class debut also came in 2016 as he started Western Province's 2016 Currie Cup qualification match against the Blue Bulls. After another start against the Free State XV, he scored his first senior try in a 27–24 victory over the Golden Lions XV in his next match.

The move to the Cheetahs was a fruitful one for the speedy winger with a deft side-step and a key eye for the try line. The lightning-quick winger finished the 2018/19 PRO14 season as the top try-scorer with his 14 tries which earned him a spot in the Pro14 dream team, the only representative from the two South African franchise playing PRO14 rugby.