Round 7 of the Premiership kicks off on Friday evening at Gtech Community Stadium where London Irish will host the Cherry & Whites.


As things stand, the Exiles find themselves four points behind Gloucester – the former sitting in ninth position on 12 points and the latter in fifth on 16 log points.

Last round, Gloucester had the better of Bristol Bears – albeit not by much – at Kingsholm:

London Irish director of rugby Declan Kidney has made four changes for the visit of Gloucester Rugby to the Gtech Community Stadium on Friday night for Round 7 of the Gallagher Premiership.

Henry Arundell missed last week’s 37-14 defeat to Sale Sharks but is back to start at full-back for the clash for which Kidney expects a crackling atmosphere.

Tom Pearson comes into the back row in place of Ben Donnell, while Danilo Fischetti and Lucio Cinti also get the nod.

Joining Fischetti In the front row, Agustin Creevy and Lovejoy Chawatama combine, with Api Ratuniyarawa and Rob Simmons in the second row.

Juan Martin Gonzalez, Pearson and So’otala Fa’aso’o make up the back row.

Ben White and captain Paddy Jackson continue their partnership in the halfbacks, and Benhard van Rensburg joins Cinti to form the centre duo.

Ollie Hassell-Collins, Ben Loader and Henry Arundell make up the back three.

“It’s another tough challenge in store for us when Gloucester Rugby turn up to the Gtech Community Stadium tomorrow night, but one that we are excited for,” said Declan Kidney.

“It’s always a special occasion playing under the floodlights on a Friday night, and I’m sure tomorrow evening will be no different. It’s our first Friday night fixture in the Gallagher Premiership, so I’m sure the atmosphere will be brilliant.” 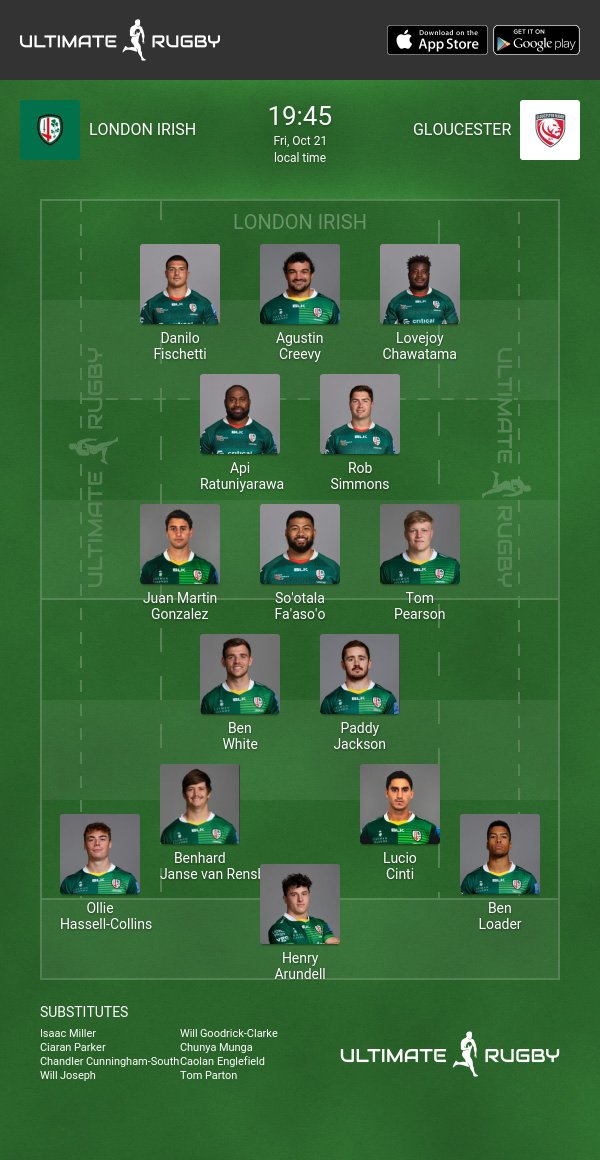 Argentinian hooker Santiago Socino replaces Jack Singleton, who has been named in Eddie Jones England squad for the autumn, in the front row.

Val Rapava-Ruskin maintains his position at loose-head and like Singleton, also joins up with England in the Autumn. Fraser Balmain completes the front row.

It's as it was for the rest of the pack with Freddie Clarke and Matias Alemanno in the second row and Jordy Reid, Lewis Ludlow and Ruan Ackermann in the back row.

The singular change in the back line sees Charlie Chapman come in for Ben Meehan at scrum-half. He is partnered with Adam Hastings who keeps his place at outside half.

Giorgi Kveseladze and Chris Harris continue in the centres with the back three of Jonny May, Louis Rees-Zammit and Santiago Carreras also remaining from the Bristol win. 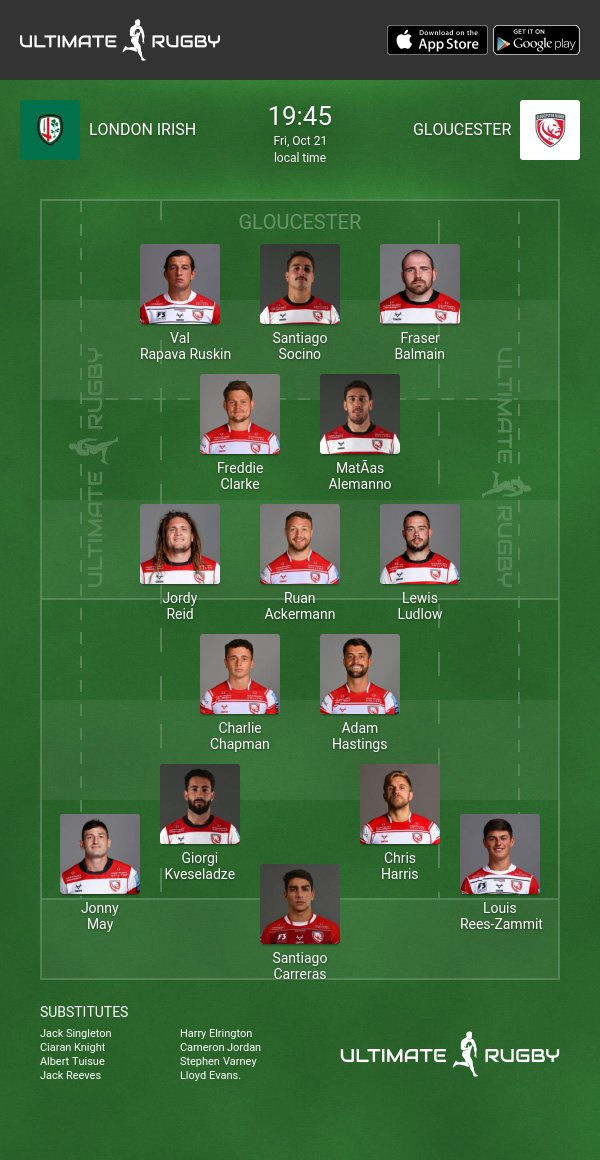