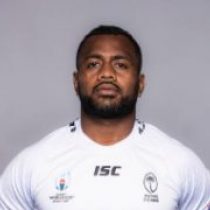 Kini was born in May 1989 and educated in Queen Victoria School in Tailevu, Viti Levu, Fiji.

He was selected by Fiji Under-20s at the Junior Rugby World Cup in 2009, before being signed by Clermont Auvergne in France in 2009, where he spent three seasons.

The entertaining outside-back made his international debut in 2011 against Tonga and has made more than 30 Test appearances for the Flying Fijians, including representing his home nation at three successive Rugby World Cups in 2011, ’15 and ’19.

In 2012, Murimurivalu moved to La Rochelle and spent eight seasons in the south-west of France, where he made more than 130 appearances at the French club before signing with the Leicester Tigers in July 2020.