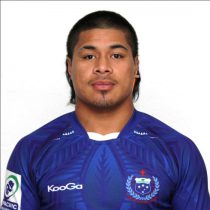 So'oialo usually plays as a fullback. He was part of the Samoan team at the 2011 Rugby World Cup where he played in one match, he made his international debut in 2011. He signed for Irish Rugby Team Connacht for the 2013/2014 season and will be sure to make a great impact.