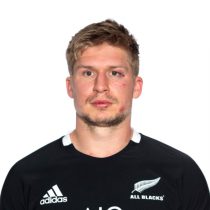 Originating from the Northland Region of New Zealand, Goodhue was born in the city of Whangarei and raised on a farm near Kawakawa along with older brother Cameron and twin Josh who both went on to become professional rugby players.

He attended Mount Albert Grammar School in Auckland along with his twin who captained their first XV while Jack was vice-captain in 2013.

Following graduation, he moved to New Zealand's South Island in order to study Agriculture at Lincoln University and played both Colts and Division 1 rugby for them, winning titles at both levels.

Despite not making the initial Canterbury squad for the 2014 ITM Cup, he forced his way into their matchday plans during the year and went on to make 5 appearances and score 2 tries for them before a concussion ended his season prematurely.

After starting the first two games of the following season, he suffered ACL and MCL knee injuries in a game against Counties Manukau which ruled him out for almost a year.

He returned to full fitness for 2016 and was in fine form with 3 tries in 11 games as Canterbury lifted their 8th Premiership title in 9 years with a 43-27 victory over Tasman in the final.

Goodhue was named as a medical exemption player in the Crusaders wider training group ahead of the 2016 Super Rugby season.

His extensive rehabilitation meant that he didn't get on the field at all during the year, however, his form for Canterbury in the latter part of 2016 meant that he was promoted to the full Crusaders squad for 2017 as part of a new deal which saw him contracted to the franchise until 2019.

Goodhue was named in the Crusaders 2017 Super Rugby squad and made his Super Rugby debut against the Brumbies in the opening round of the competition.

He was included in the All Blacks squad as one of five injury back-up players for the three-test series against the British and Irish Lions.

Goodhue did not debut for the All Blacks during the British and Irish Lions tour but did face the touring side with the Crusaders.

Later that year he helped the Crusaders win their 8th Super Rugby title, in his debut season, playing a vital role in 14 of the sides 18 matches, scoring 3 tries. He continued to perform in the Mitre 10 Cup with Northland and was rewarded with a call-up to the All Blacks squad for their end of year tour.

Goodhue was in fine form for the Crusaders in just his second season with the side as he featured in 15 games for the side as they went on to defend their Super Rugby title.

He made his test debut against France in June 2018 and made his first test start in the first Bledisloe Cup test later that year, Goodhue finished 2018 with seven test caps.

In May 2019, The Crusaders confirmed that Goodhue will remain with the franchise, after penning a fresh one-year deal through to the end of 2020.

Ahead of the 2020 Super Rugby season, Goodhue has obtained 44 caps.