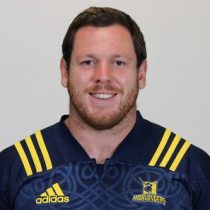 Millar is a South African-born prop who has played the bulk of his rugby in Australia. He was part of the Western Force Super Rugby squad.

He linked up with the Stags in 2015 and signed on for a further two seasons with Southland.

Millar can play on both sides of the scrum and provides Southland with experience up front.

He was then included in the Highlanders squad for the 2017 Super Rugby season. He has played Super Rugby before for the Western Force and he will be looking to add to his 14 appearances in the competition already.

He finished the 2018 Super Rugby season with 19 appearances.