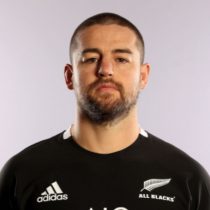 The exciting Dane Coles has enjoyed a steady rise through the New Zealand ranks since his explosive debut for his provincial side Wellington in 2007. Coles represents the new breed of forward, with pace and dynamism to rival most centres in world rugby.

The Canes man has been a solid performer in Super Rugby, regularly turning in eye-catching performances in the yellow jersey, which include his now trademark galloping runs to showcase his electrifying pace.

Cole plays for the Wellington Lions in the Mitre 10 Cup.

Born on the Kapiti Coast, Coles represented New Zealand under 19s and New Zealand Maori, before finally making his test debut against Scotland in 2011, coming off the bench in a 51-22 victory.

In 2012, he made his All Blacks debut against Scotland.

Coles was included in a six-man shortlist for World Rugby Player of the Year 2016.

The All Blacks hooker is the epitome of the modern-day front row, with his strength, speed and mobility often seeing him in attacking positions to finish off flowing moves.

Coles led the Hurricanes to a maiden Super Rugby title in 2016.

He had a disrupted 2017 season due to concussion, but returned for the Hurricanes in the playoffs and brought up his 100th cap in the semi-final against the Lions in Johannesburg.

Coles failed to return from his injury during the 2018 Super Rugby season but was included in the All Blacks Rugby Championship squad.

He returned to action for the All Blacks during the November Internationals and took his test cap tally to 60 by the end of the year.

He went into the 2020 Mitre 10 Cup with 69 appearances for Wellington and 55 points scored.