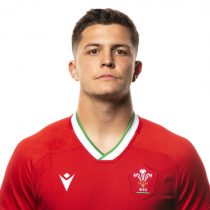 Sheedy was born in the Welsh capital and attended the city's Corpus Christie High School until the age of 16.

He learned his craft with the juniors at the city's St Peter's club and was on the radar of Cardiff Blues for a time.

But he then took up the offer of a scholarship at the renowned Millfield School, where Sir Gareth Edwards' talents were honed.

Sheedy captained the Millfield team and led them to a historic win in one of England's most prestigious schoolboy tournaments - the Rosslyn Park Sevens.

His versatility and all-round skill saw him attract the attention of several big English clubs, but Bristol persuaded him to throw his lot in with them.

He did not start a competitive game for the west country club until the final match of the 2016 regular season against Bedford Blues.

The Welshman scored twenty-two points in a stunning display in the play-off final to help Bristol achieve promotion. He went into the 2018/19 season with 3 appearances for Bristol, scoring 210 points.

In an impressive season in the Premiership, Sheedy's dynamic performances earned him a call-up to the England XV team for the June 2019 clash with the Barbarians.

Having guided Bristol Bears to the Premiership semi-final and the Challenge Cup Final, Sheedy earned a test call up to the Wales squad for their autumn campaign.