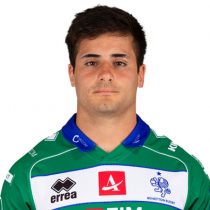 Albornoz kicked off his rugby career with Argentine club Tucumán in his late teens in 2016.

The flyhalf made 10 appearances scoring 39 points with the club in Torneo del Noroeste (league) before being called into the Argentina U20s squad in 2017.

November 2019 saw him being named in the Jaguares squad for the 2020 Super Rugby season.

He made his Super Rugby debut against the Reds in February 2020, and signed a deal with club Ceibos Rugby that would compete in the newly formed Súper Liga Americana de Rugby.