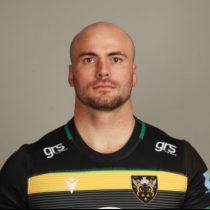 After joining Blue Bulls academy in 2011, Adendorff was selected in the South Africa Under-20 squad for the 2012 IRB Junior World Championship.

He featured 3 times for the Bulls during the 2017 Super Rugby season and was a regular in the squad during the Currie Cup season.

He was included in the Bulls wider training squad for the 2018 Super Rugby season but failed to make the final squad.

Adendorff went on to make 4 appearances for the Bulls before jetting off to France in 2018 to join Aurillac, where he spent two seasons.

In June 2020, the Durban-born No.8 signed for Premiership side Northampton Saints.