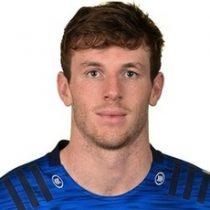 A powerful second-rower who has been tipped for a bright career in Irish Rugby. Baird is a super athletic second rower having played as a winger and a fly-half until he was 15 and has since retained the pace and a desire to attack.

Baird attended The High School in Dublin for three years before moving to St Michael's College and was a standout performer alongside future Leinster teammate Scott Penny. His exploits in the Leinster Schools Rugby Senior Cup were exemplary and, although St. Michael’s narrowly lost in the semi-finals of the competition, it was clear that Baird was destined for higher honours in his playing career.

Predictably, Baird entered the Leinster academy ahead of the 2018/19 season and made his senior debut for the Province on 27 April 2019 in a hard-fought 14-13 victory over Ulster. He was selected to play in the Ireland under-20s squad for the 2019 Six Nations Under 20s Championship, making two substitute appearances during the tournament; against France and Wales, as Ireland secured their first grand slam in the tournament since 2007.He was retained in the under-20s squad for the 2019 World Rugby Under 20 Championship, and started in the 46–26 opening win against England but, during the second pool fixture against Australia, Baird was shown a red card for a high tackle.

Since then, Baird has gone from strength to strength and is a regular in the starting lineup. His physical presence on the field is significant; hard runs, equally effective tackling and useful lineout work. He exhibits the work ethic of a far more experienced player, quite indicative of his ambition, which will no doubt see him take the field for Ireland in the future.

In late February of 2020, Baird scored a Pro14 hat-trick against Glasgow. The months soon after that hattrick brought some more games for the young second-rower with an appearance off the bench against Saracens in the Champions Cup quarter-final in September, an international call-up in October – and then an injury that checked his progress a little.

In October 2020, he was named in the Ireland squad by coach Andy Farrell for the remaining matches of the 2020 Six Nations Championship but he had to wait until the next February to make his test debut which came against Italy in the third round of the 2021 Six Nations.

He made two further appearances for Ireland during the Six Nations, all three of which coming via the bench. As of 7 April 2021, he has three test caps to his name and 21 appearances and five tries for Leinster.