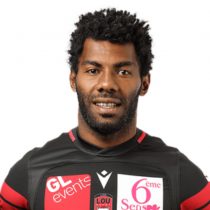 The Fijian born Nakaitaci has exploded onto the international rugby scene since making the move to Europe in 2011. Noa was raised in Lautoka, Fiji, and made his name on the local rugby circuit before moving to Clermont in 2011. He also captained the Fiji Schoolboys before making the European move.

Since making the move to Clermont, Nakataici has exploded as a try scoring force, with an innate ability to beat his man one on one. This ability was noted by the French international set up in 2013, making his debut for France in a loss to New Zealand. In 2015 he was selected to represent France at the 2015 World Cup, a first for the player.

In June 2016, he was called into the French national team that competed in the 2016 November Tests. Faced Australia & NZ in the November series.

He later received a call-up to the France squad for the 2017 Six Nations tournament. Nakaitaci has scored 1 try in his first 2 Six Nations caps.

The 15-times capped Clermont wing has been ruled out for the rest of the season with a serious knee injury.

Nakaitaci made the move to Lyon at the end of the 2017/18 season. Despite suffering a serious knee injury, he returned in fine form for Lyon to score 8 tries in 24 Top 14 games in his debut season with Lyon.

He heads into his second season with the club with 33 Champions Cup appearances scoring 11 tries.