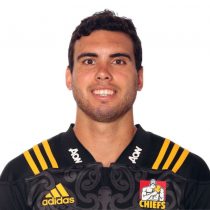 The young Debreczeni moved to the Melbourne Rebels from Sydney for the 2014 season. Jack is tall for a flyhalf at almost 200cm, and he uses his size well to offload under pressure.

His stamina is highly impressive, as is his accurate and lengthy field kicking.

Debreczeni has signed a deal to join Honda Heat following the conclusion on Super Rugby.

By the end of the 2018 Super Rugby season, Debreczen had represented the Rebels a total of 53 times scoring 243 points.

He returned to his home country New Zealand to link up with Northland ahead of the 2018 Mitre 10 Cup season.

Debreczeni will represent the Chiefs in Super Rugby 2019.