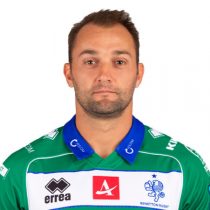 Duvenage was with The Stormers for a few seasons and used his experience in guiding the backline to more victories.

One of the smallest players in the competition, Duvenage is adept at slipping under tackles and finding small gaps to writhe through on attack. With a crisp pass off the deck, his distribution is always reliable.

In June 2017 Duvenage was named in the South Africa A squad to face the French Barbarians.

He made 12 appearances for the Stormers scoring 2 tries and helped Western Province win the 2017 Currie Cup.

He signed a deal with Benetton Treviso in August 2018 and has 25 appearances for the side and has scored 15 points as of December 2019.