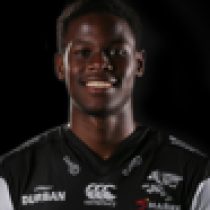 Fassi spent three years in the Dale College First XV. In 2018 he scored 15 tries in 23 games, with his form at the Kearsney Easter Festival earning him a bursary to the Sharks Academy.

Fassi, a decorated first-team player, could have given cricket a serious try but decided to persist with rugby and the Sharks have been the beneficiary of his electric running from the back.

Going to the same school (Dale College in King Williamstown) as Aphiwe Dyantyi, Fassi first broke through for the Sharks during the SuperSport Rugby Challenge in 2018.

He operated at flyhalf and inside centre at school and would made his Super Rugby debut for the Sharks at fullback against Sunwolves in February 2019.

A deceptively quick and agile prospect, Fassi secured his place in the Sharks' squad for the 2020 Super Rugby season following 15 appearances in 2019.