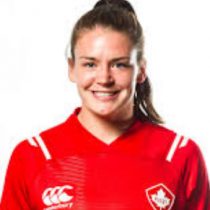 Known for her strong attacking game, Corrigan made her international debut in 2018 against Scotland on the wing and scored twice from outside centre in her last Test match in November 2019.

In 2021, Corrigan signed for Saracens Women.