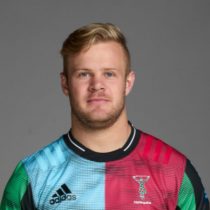 A product of Jeppe High School for Boys in Johannesburg - known for producing 2007 World Cup-winning coach Jake White and World Cup-winning wing Sbu Nkosi – Tyrone Green first came through the ranks as a fly-half but has gone on to become one of the most promising young outside backs in world rugby.

Having impressed at the 2018 Junior World Championship, he made his Currie Cup debut in August 2018 as a second-half replacement in the Golden Lions clash against the Griquas. He made his Super Rugby debut in round 5 of the 2019 season, starting at fullback in the 36-33 victory over the Melbourne Rebels.

Green enjoyed a rapid rise at the Lions becoming a regular starter as one of the most dangerous attackers in Super Rugby. His versatility allows him to play at wing, fullback and even flyhalf.

In May 2020, Green opted to cancel his contract with the Lions to seek opportunities abroad, something that was afforded to all South African players due to the financial impact of the coronavirus. A month later, he signed with Harlequins having made 16 appearances for the Lions in Super Rugby scoring twice.

He had a dream first season with Quins scoring 8 tries in 20 appearances for the club including one against Bristol Bears in the Premiership semi-final. He started at fullback in the final a week later as Harlequins secured their second Premiership title.