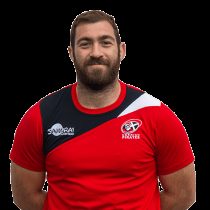 Tom Duncan has been a Cornish Pirates player since 2012, he signed from Redruth where he made is senior debut. Redruth were relegated to the National Two division Tom began to shine and was player of the year and players player of the year in the 2011/12 season. Before signing for Pirates in December 2012 Tom had amassed 12 tries in 13 games. He missed the entire 2014/15 season through injury but has slowly but surely worked his way back into the first XV, his contribution on and off the field for Pirates has been noted as well with Tom being awarded the Community player or the year in 2014.