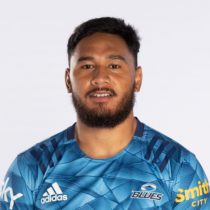 Graduating in 2013, the St Kentigern College old boy helped his team to 3 consecutive 1A titles. Since then his rugby career has been on the up with New Zealand U20, Auckland ITM Cup and Blues Super Rugby Squad call ups.

In 2015 he won the World Junior Championship with NZ and captained the Blues U20 side. In 2016 he was announced in the Blues Super Rugby squad.

Faiane made his Super Rugby debut against the Crusaders in Christchurch and made another 6 appearances for the Blues during the Super Rugby season and made an appearance off the bench in the Blues historic win over the British and Irish Lions.

Faiane, who was sidelined for the first two years of his professional career with injury, captained Auckland to its Mitre-10 Cup success and has carried on that outstanding form to date in the 2019 season before signing a new deal with the Blues in April 2019.

Such was TJ’s influence on the team, he was recognised as the Blues Most Valuable Player for 2019.

Ahead of the 2020 super Rugby season, Faiane has obtained 30 caps, and looks to continue with his outstanding form of the 2019 season.

His desire, commitment and tenacity earning the respect of his teammates, coaches and fans.