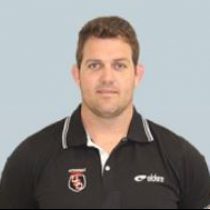 Making his way though the Sharks U20s, Sykes made his Currie Cup debut for the Sharks in 2005 and broke into their Super Rugby team in 2006.

His performances with the Sharks were rewarded in 2009 with a call up to the Springbok team for 3rd test match against the British & Irish Lions.

2011 then saw a brief stint with Leinster before returning to the Sharks the following year. 2013 saw the second row joining the Southern Kings for Super Rugby.

During the 2016 Super Rugby season, French side Oyonnax announced that Sykes would join them for the 2016–17 season.