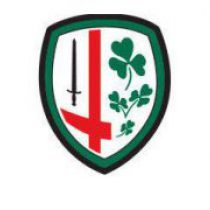 He went on to gain selection in the Wallabies initial 40-man Samoa and Tri Nations Test squad before earning the ultimate honour with selection for Australia at the World Cup.

Here he became the third set of twins to play in a Rugby World Cup. Of all three Faingaa brothers to play Super Rugby, Saia was the first, making his debut at just 20 years of age for the Brumbies in 2006.

Younger brother Colby, however, owns bragging rights over being the youngest, his debut coming off the bench for the Brumbies in 2010 at 18.

In 2016, Saia announced he would play his rugby for the Brumbies the following season.

He enters the 2017 season with 126 caps worth of experience and has scored 40 points in Super Rugby.

In June 2017, 36-times capped Australian international hooker Fainga’a joined London Irish from the Brumbies as the recruitment drive continues ahead of the 2017/18 season.

Fainga’a, 30, made his Super Rugby debut for the Brumbies in 2006 and had a two-year stint with the Canberra-based club, before moving to Queensland Reds where he spent seven seasons.

Signing for the Reds with his twin brother Anthony ahead of the 2009 season, Fainga’a’s impressive form led to his Test debut against Fiji the following year