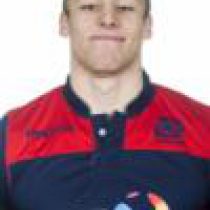 Capped by Scotland at under-16 and under-18 level, Nairn was called in the Scotland U20s squad for the Six Nations U20 tournament.

His dad played Youth rugby for Boroughmuir, while his mum was Scotland Internationalist for Long Jump.

Nairn joined Glasgow's Scottish Rugby Academy contingent ahead of the 2017/2018 season and signed a one-year pro contract for the 2018/2019 season.

He earned a further two-year deal during that season.