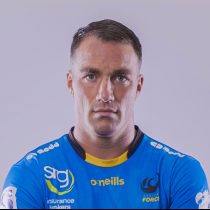 Richard Kahui made his debut for the All Blacks at outside-centre during their 44-12 win over England in the summer of 2008.

He bagged a try on debut and slipped seamlessly into the New Zealand midfield. Kahui plays his provincial rugby for Waikato, and made his Super 14 bow in 2006 with the Highlanders before moving on to the Chiefs.

Following the 2006 New Zealand Cup Kahui was voted as the player of the tournament and went on to record the most tries in the following season's tournament. His 2010 season was disrupted through a shoulder injury which cut into the 2011 Super Rugby campaign.

However, he earned a recall to the All Blacks midfield and did enough to persuade Graham Henry of his effectiveness and was subsequently named in the 30-man squad for the tournament.

And he impressed in the opening game of the World Cup crossing the line twice for the All Blacks. Kahui's consistency and defensive ability made him a mainstay in the side as the All Blacks reached the final, where they beat France to claim the World Cup.

Kahui signed for Japanese Top League side Toshiba Brave Lupus in 2013, where he made 43 appearances, scoring 75 points.

He made 63 appearances in Japan, forging a reputation as one of Top League’s star players, while also captaining the Tokyo-based side since the 2017-18 season.

After a seven-year stint in Japan, Kahui signed a deal with the Western Force.

In October 2020, he renewed his contract at the Super Rugby club for the 2021 season.