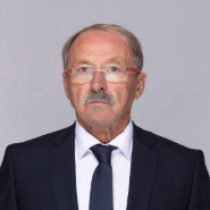 Jacques Brunel, born in Courrensan, played club rugby for his local side at age grade level, and joined the academy side at Auch in 1967 at the age of 13.

Having moved through the age grade ranks, he graduated to the club's senior side in 1972 at the age of 18. He represented the club up until 1979, playing in the French Rugby Union Championship. During the 1979–80 French Rugby Union Championship, Brunel played for Grenoble. In 1981, he returned to Auch, where he remained with the club until his retirement at the end of 1987–88 season.

He started coaching immediately after he retired from playing rugby in 1988, where he became the head coach of Auch until 1995.

During his time as coach at the club, he led the team to 4 Top 16 rounds, 3 of which came in consecutive years. In 1995, he arrived at Colomiers, where in just his second season in charge, he led the team to the Quarter-finals of the 1996–97 French Rugby Union Championship.

He did oversee Colomiers first ever trophy wear, when they won the 1997–98 European Challenge Cup. In 1999, Brunel took the team one step forwards, leading them to the 1999 Heineken Cup Final, only to lose to Ulster 21–6.

Pau did however, make it to the 1999–2000 European Challenge Cup final, where they beat Castres Olympique 34–21. Brunel stood down from his post after his second season, following Pau's poor form, and close call with relegation. In 2001, Jacques Brunel joined the technical staff of the French national team under the guidance of Bernard Laporte.

Under his guidance, France became known for their strong forwards work, which was a key element in their Six Nations Championship grand slam winning campaigns in 2002 and 2004. It was also a key part in France coming fourth in the 2003 Rugby World Cup, and saw them through to the Semi-finals of the 2007 Rugby World Cup, which saw France beat New Zealand, 20–18, in the Quarter-finals.

After the world cup, he joined Perpignan as the head coach. In his debut season, he guided the team to fourth on the table. In 2011 he left his post with Perpignan to join the Italian national team as head coach.

Jacques Brunel's first match in charge of Italy came during the 2012 Six Nations Championship, which saw Italy face France in Paris. France scored 4 tries to claim a 30–12 victory in Brunel's opening match. That was followed by a narrow 15–19 loss to England in Rome and a 42–10 loss to Ireland.

During the 2013 Six Nations Championship, Italy equaled their best positioning of fourth, with wins over France and Ireland, with the Irish win the first against the team in the Championship.

Brunel joined the Bordeaux coaching staff in 2016 where he worked as an assistant coach before taking over as the head coach the next season.

After Guy Noves sacking December 2017 Brunel was named as the France national coach.

In round 4 of the 2018 Six Nations under Brunel, France defeated England for the first time since 2015, running out 22–16 victors, and had it not been because of a defeat to Wales (14–13) in the final round, France could have finished second.

Brunel lead France to the Rugby World Cup in Japan where they reached the quarter-finals before being knocked out by Wales. He was replaced by Fabien Galthie.