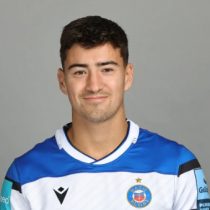 Orlando Bailey is a young fly-half with a lot of promise and potential.

Bailey has developed his knowledge significantly during the course of the past few seasons, and he has grown his understanding and influence on the game, picking up lots of points as both a try scorer and goal kicker within the Premiership U18 league.

After a promising start to his time at Bath, Bailey was included in the England u20 squad for the 2021 Six Nations.