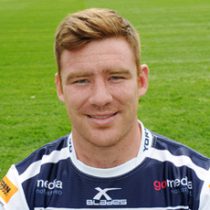 Ollie Stedman is product of the Yorkshire academy, his move to Leeds in 2008 was due to furthering his education in 2008. His achievements so far include a call up to the England u18 squad and then England u20 Junior World Championship Squad in 2011. His call up to the u20's was alongside players such as Maku Vunipola and Elliot Day to name a few. Stedman returns to Carnegie for the 2016/17 season and brings big match experience with him. He was part of the Doncaster Knights as they Rose to the summit of the Greene King IPA Championship table coupled with scoring a try for London Welsh against Carnegie in the semi final win for the Welsh.