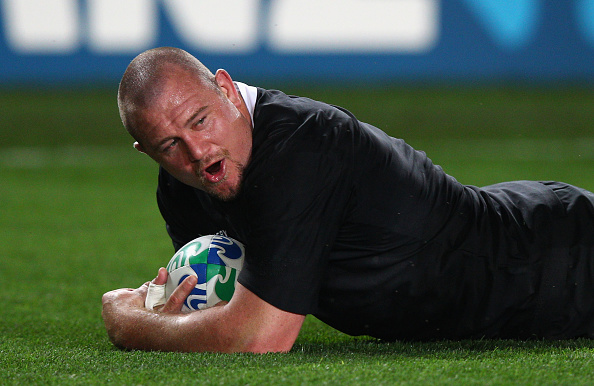 Mr. Consistent Toby Woodcock was the cornerstone of a powerful All Black scrum that won two Rugby World Cups. A true All Black legend, Woodcock made 118 test caps for his country scoring 10 tries, one of which came in the 2011 Rugby World Cup final against France.
2. Kevin Mealamu (New Zealand) 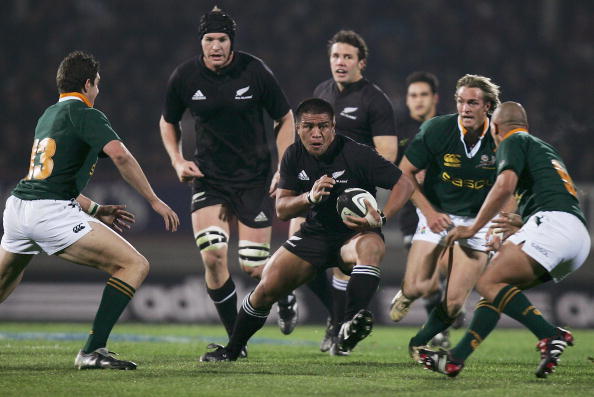 A difficult choice at hooker with the likes of John Smit, Stephen Moore and Rory Best all making over 100 appearances for their respective countries. Mealamu, however, won two Rugby World Cups and had a strong grip on the All Black no.2 jersey despite strong competition from Anton Oliver and Andrew Hore. Mealamu made a total of 132 appearances for the All Blacks as well as represented the Blues for the majority of his career.
3. Martin Castrogiovani (Italy) 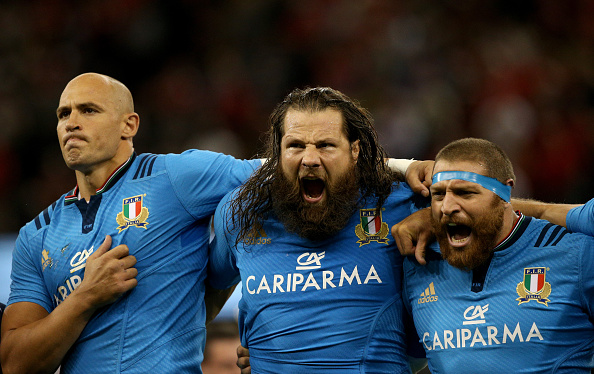 One of the greatest players to ever wear the Azzurri jersey, "Castro", made a total of 119 international appearances. The never say die tighthead fought back from a career-threating spinal surgery, that saw him miss the 2015 Rugby World Cup, to represent his country in the 2016 6 Nations. Regarded as one of the greatest tighthead props to play the game, Castro was known for his exceptional scrummaging, devasting ball carries and bone crunching tackles.
4. Alun Wyn Jones (Wales & British and Irish Lions) 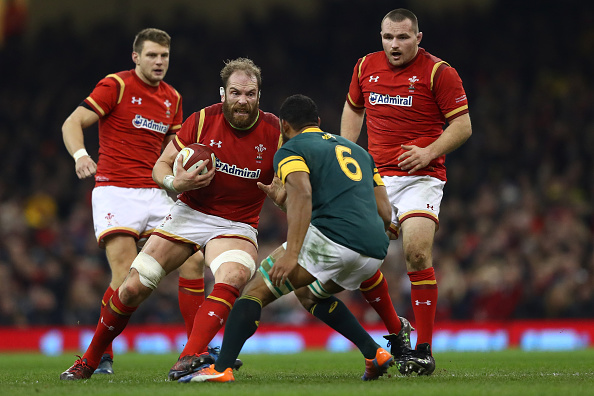 116 and not out Alun Wyn Jones has been a true warrior for Wales for over a decade making 3 Lions tour squads in the process. Standing just short of 2m tall Jones has also led Wales on numerous occasions and has been a real workhorse in the red jersey. Jones also captained the Lions in their final test match against the Wallabies in their successful tour down under in 2013.
5. Victor Matfield (South Africa) 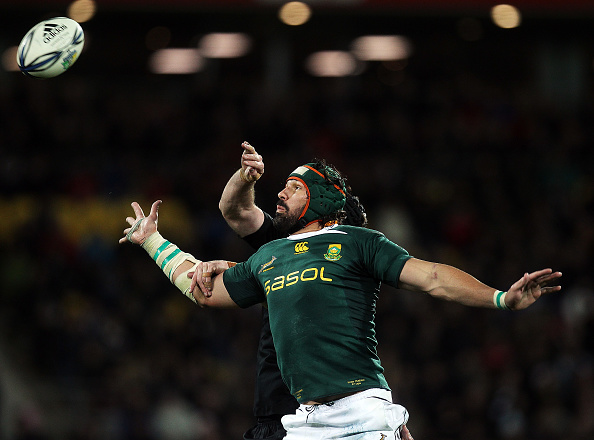 A true legend of South African rugby Matfield formed one of the best lock partnerships in world rugby with his long time Bulls teammate Bakkies Botha. Helping his side to victory in the 2011 Rugby World Cup, Matfield went on to captain the side in the next World Cup, following Jean de Villers' injury. Known for his excellent lineout ability Matfield retired as the most capped South African player with 127 test caps.
6. George Smith (Australia) 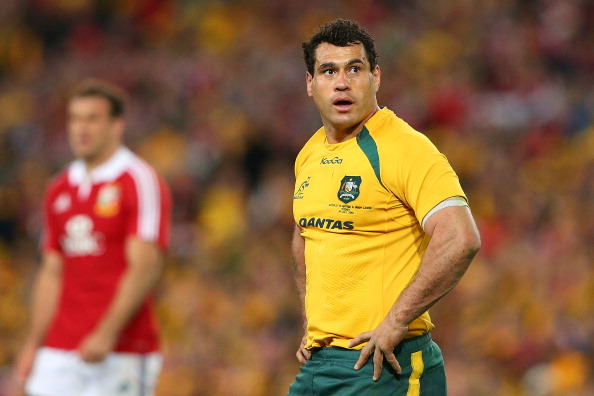 The man that never seems to age, George Smith, has been an impressive figure in the Wallabies line-up since making his debut 17 years ago. Smith has won numerous individual awards and was included in the Wallabies team of the decade. He retired from international rugby in 2010 but returned to the international scene in 2013 to face the British and Irish Lions. A true breakdown specialist, he is also renowned for his exceptional work rate on and off the ball.
7. Richie McCaw (New Zealand) 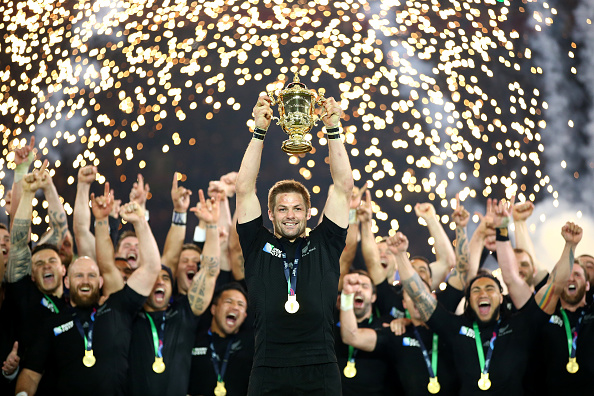 The only player to captain his country to consecutive Rugby World Cup titles, Richie McCaw, is a true Rugby Legend. McCaw shaped the mould of the modern day flanker and was able to adapt his game over the years taking full advantage of the constantly changing laws. A real breakdown guru and a born leader, McCaw, led one of the most successful teams in sporting history for the better part of a decade. He retired at the end of the 2015 Rugby World Cup as the most capped international player with 148 test caps.
8. Sergio Parisse (Italy) 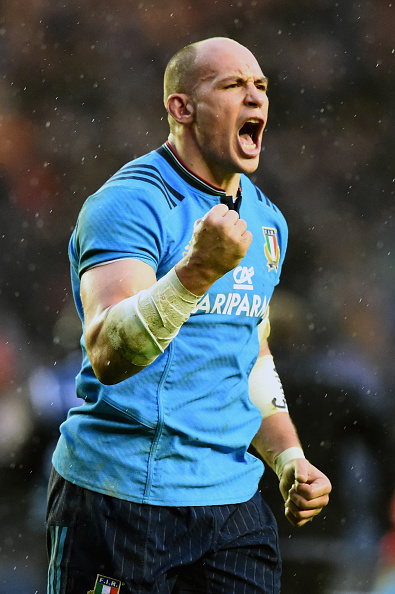 The Azzurri captain has been a standout performer for Italy since debuting in 2002. Regarded as one of the best no.8s in world rugby Parisse has led a struggling Italian side with gutsy performances. Parisse has been unconventional in his approach which has resulted in some fantastic tries for club and country over the years.
9. George Gregan (Australia) 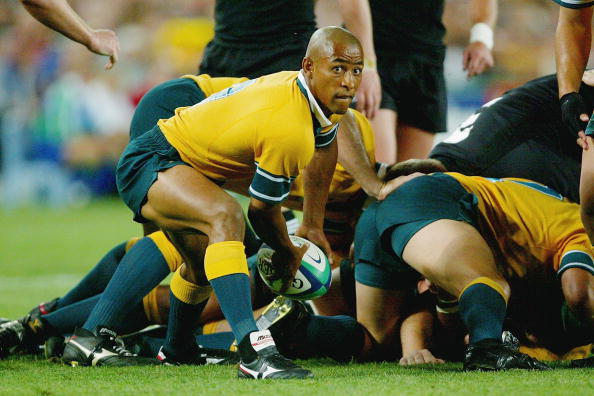 Gregan epitomised the modern day scrumhalf with his pinpoint passes, stellar kicking ability and a keen eye for the try line. He was a crucial member of the Wallabies squad that won the 1999 Rugby World Cup. He would go on to captain the side following the retirement of John Eales, leading his side to a series victory over the British and Irish Lions and a Rugby World Cup semi-final in 2003. Gregan retired as the most capped Australian international - a record he still holds - with 139 test caps to his name.
10. Dan Carter (New Zealand) 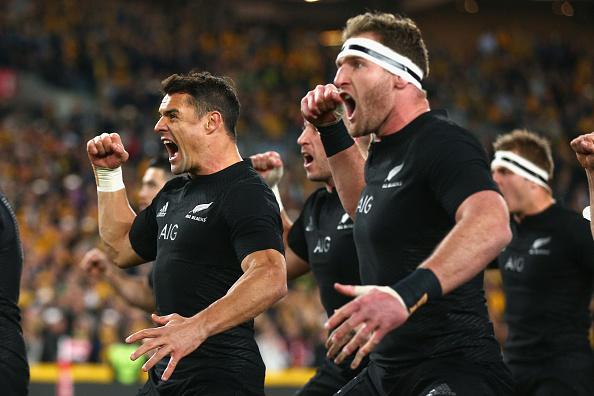 New Zealand's golden boy Dan Carter made his international debut in 2003 against Wales. Carter built a reputation as one of the best flyhalves in World Rugby and went on to win 2 Rugby World Cups with New Zealand in 2011 and 2015. Carter retired as the top point scorer in international rugby.
11. Bryan Habana (South Africa) 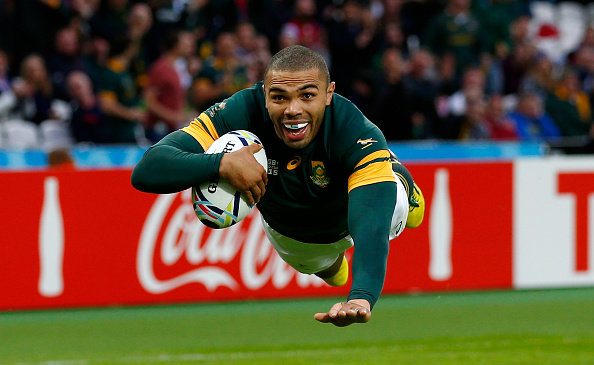 The Springbok try-scoring machine, scored 15 Rugby World Cup tries and helped the Springboks to their 2nd Rugby World Cup title in 2007. Known for his blistering pace and his ability to be in the right place at the right time, he broke Joost van der Westhuizen's all time try scoring record for South Africa and currently has 67 tries to his name.
12. Ma'a Nonu (New Zealand) 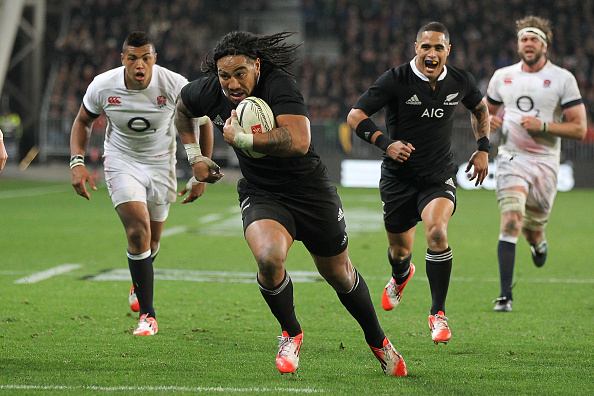 A talented ball carrier who spent his career flattening the opposition's defence, Ma'a Nonu is another member of the All Black squad that won back to back Rugby World Cups in 2011 and 2015. Nonu was a tough customer for any international team as his defence was just as impressive as his bullish attack. 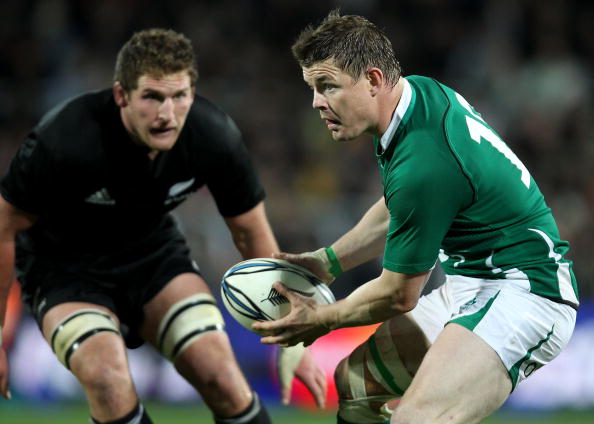 In 1999 O'Driscoll made his international debut for Ireland and never looked back. O'Driscoll had a decorated career captaining his country for 12 years before retiring in 2014. A talented runner, O'Driscoll could break through a defence in a instant and could snuff out even the best attacks with his brilliant tackling ability.
14. David Campese (Australia) 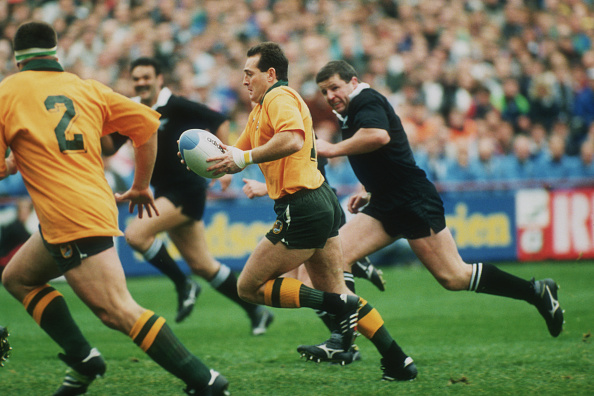 The man that sealed the Rugby World Cup for Australia in 1991 with a fantastic piece of play with Tim Horan, David Campese, was a scintillating winger/fullback that was credited with inventing the 'Goose-step". Campese epitomised flair with his exceptional ability to beat a defender and his remarkable ball skills.
15. Mils Muliaina (New Zealand) 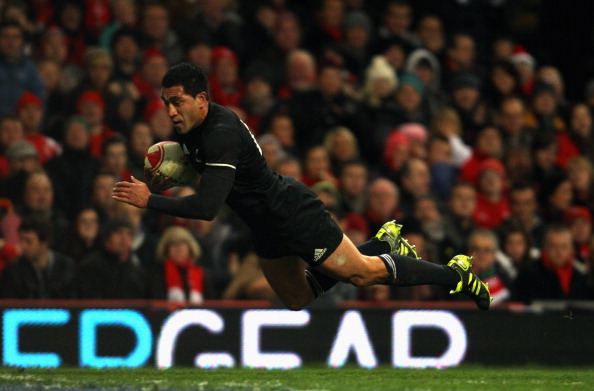 Another All Black creeps into our starting XV, the ever-consistent Mils Muliaina, was a crucial fixture in the All Black squad that secured their 2nd Rugby World Cup in 2011. Muliaina made exactly 100 appearances for the All Blacks before injurying his shoulder in the All Blacks quarter-final against Argentina.
16. John Smit (South Africa) 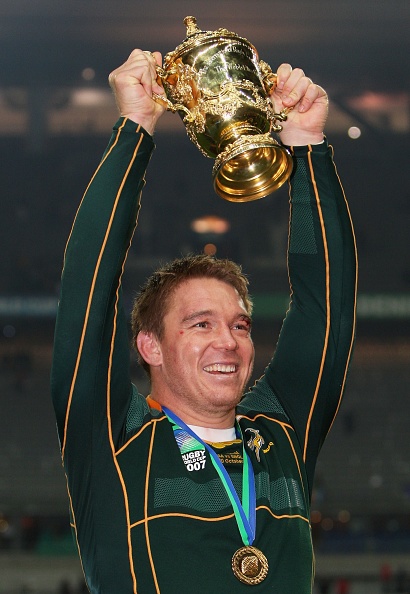 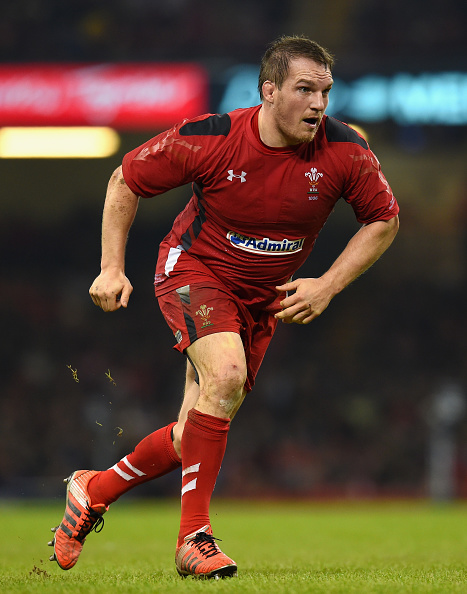 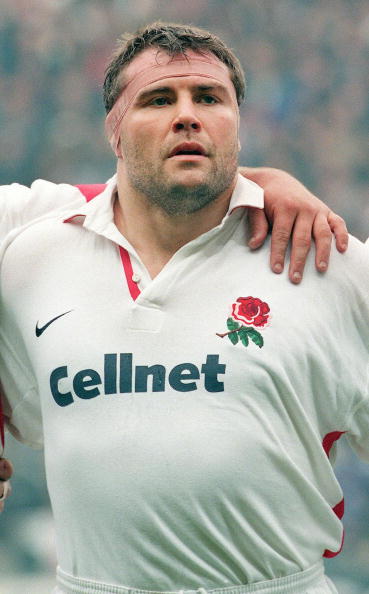 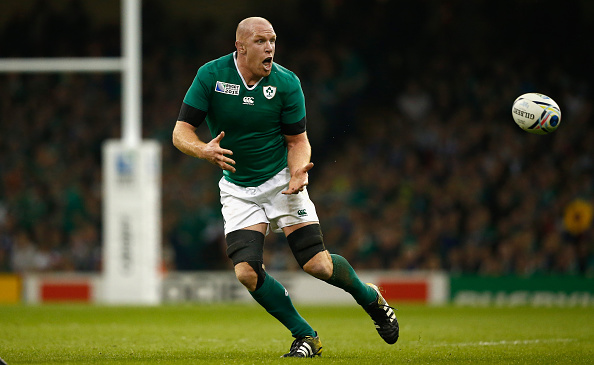 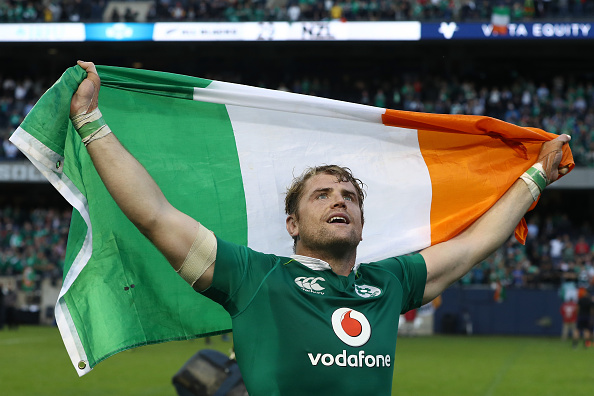 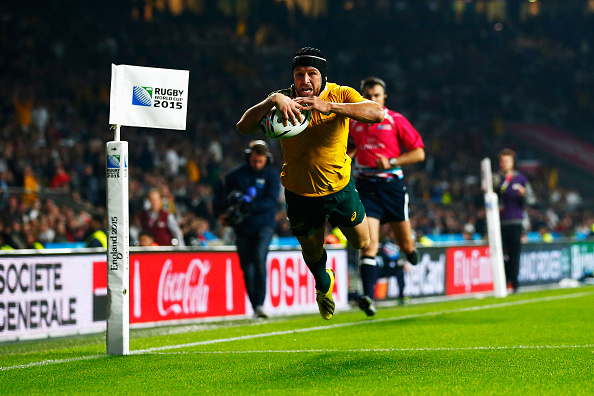 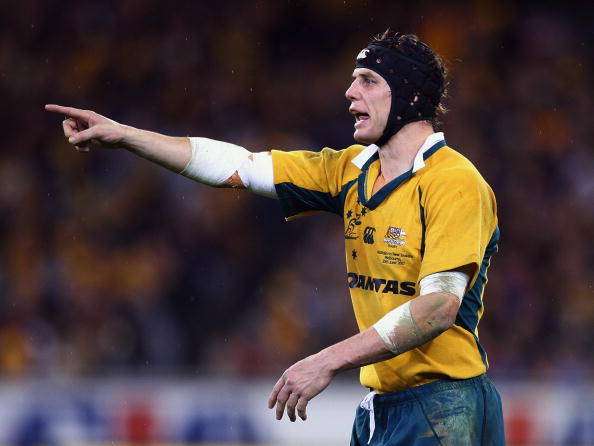 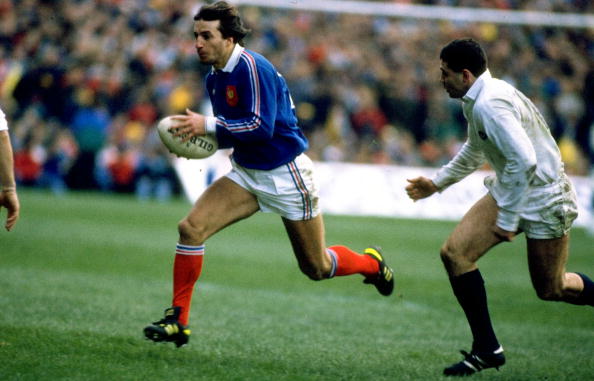 Sella was the first player  to reach the milestone, playing for France between 1982 and 1995