Preview - Ireland Under 20 v Wales Under Under 20

The Six Nations Under-20s continues this Friday as Wales host Ireland to kick off a thrilling triple-header of rugby at Cardiff Arms Park.

Wales got off to a winning start with a victory over Italy (25-8) in Round 1 thanks to a penalty try as well as five penalties and a drop goal from Scarlets fly-half Sam Costelow.

Ireland also got off to a great start in a win against Scotland (38-7) following a penalty try and scores from Alex Soroka, Sam Illo, Alex Kendellen, Shane Jennings and Jamie Osborne.

Ireland head into Round 2 sitting top of the Six Nation Under-20 table with five points having recorded a try bonus point while Wales are in third on four points.

Head coach Richie Murphy has made six changes as Ireland U20s bid to make it back-to-back wins in the defence of their Six Nations crown.

In contrast, Wales head coach Ioan Cunningham has named an unchanged starting line-up for the second round clash.

Cunningham’s selection shows that his confidence the side who had to battle some stern opposition in Italy in their opening round encounter has not been shaken, despite a competitive Round 1 match.

In contrast, Ireland have made several changes despite their convincing win over Scotland.

Chris Cosgrave is named to start on the left wing in pace of Josh O’Connor, while Nathan Doak and Tim Corkery come in at scrum-half and fly-half respectively for Conor McKee and James Humphreys. 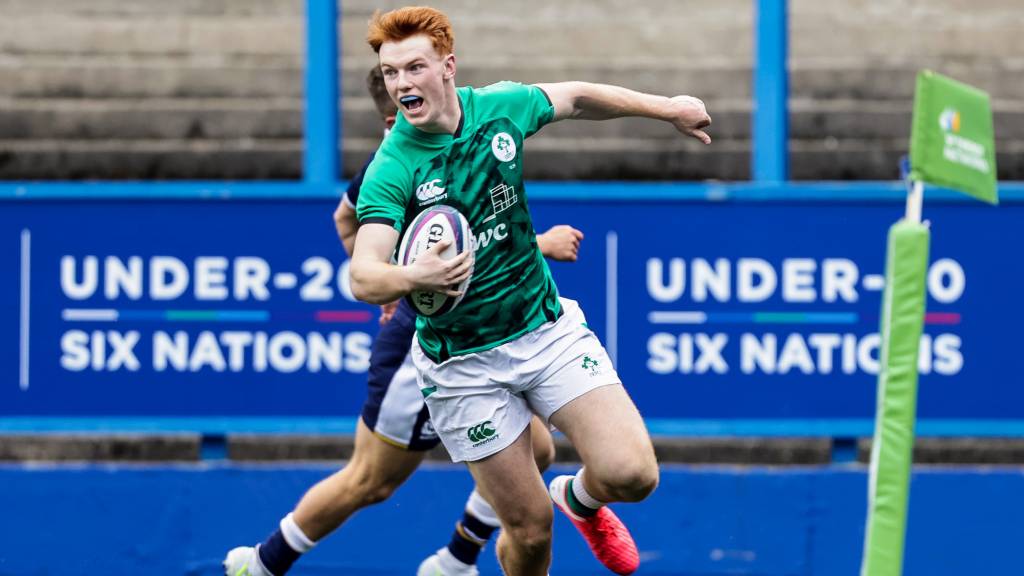 In the pack, as Jack Boyle and Mark Donnelly are promoted off the bench to start either side of hooker Ronan Loughnane in place of Temi Asewunmi Lasisi and Illo.

Soroka switches from the back row to join Harry Sheridan in the second row meaning Donnacha Byrne comes in at blindside flanker with Murphy also shuffling his resources on the replacements bench.

Ireland Under-20s head coach Murphy said: “We were pleased to get off to a winning start last weekend but the very nature of this Championship means you have to turn the page quickly and focus on the next challenge.

“We identified areas of our game that needed improvement after Scotland and we have been working on them this week.

“Wales will be a tough test at their home ground but the group are looking forward to the challenge and building on last week’s performance.”

Wales Under-20s head coach Cunningham said: “It’s always good to start with a win to build from, and credit to the group, they stepped up when they needed to.

“We’re hoping to build from the cohesion created against Italy and as a group we haven’t played many games so it’s a good opportunity for those guys who deserve to back it up with a second opportunity.

“Hopefully the group will continue to grow and get better every game and that is one of the key reasons why we are keeping the same group, to get those connections and get that cohesion in the group again.”

Sam Costelow was Wales’ star performer and perhaps the stand out fly-half of the opening round of the competition as he recorded 18 of Wales’ 25 points against Italy.

In contrast, Tim Corkey is starting his first game of the competition, however, the Leinster man’s quality is not in doubt.

Corkey will need to get up to speed with the pace and passion of the competition quickly if he to avoid starting on the back foot against Costelow and his Wales side.