Premiership Transfer XV
Premiership Rugby gets back underway on Friday and we may be finishing off a season but there have been a number of movements that take affect. There has been plenty of movement and some clubs have made blockbuster signings. Here is our look at a Premiership XV made up of these movers.
1 Nick Auterac - Northampton Saints:
Auterac makes his move from Harlequins. Schooled at Mill Hill he signed for Saracens and made it through the Academy into the first team. Loan spells at Bedford and London Scottish during his time in London before signing for Bath.
2 Agustin Creevy - London Irish:
The Los Pumas legend returns to the Premiership joining the Exiles following a successful period with the Jaguares in Super Rugby.


3 Kyle Sinckler - Bristol Bears:
After 9 years contracted at Quins, including 2 short loan spells, Sinckler makes the move to Bristol where he will no doubt continue his rise as one of the top tight forwards in the game. 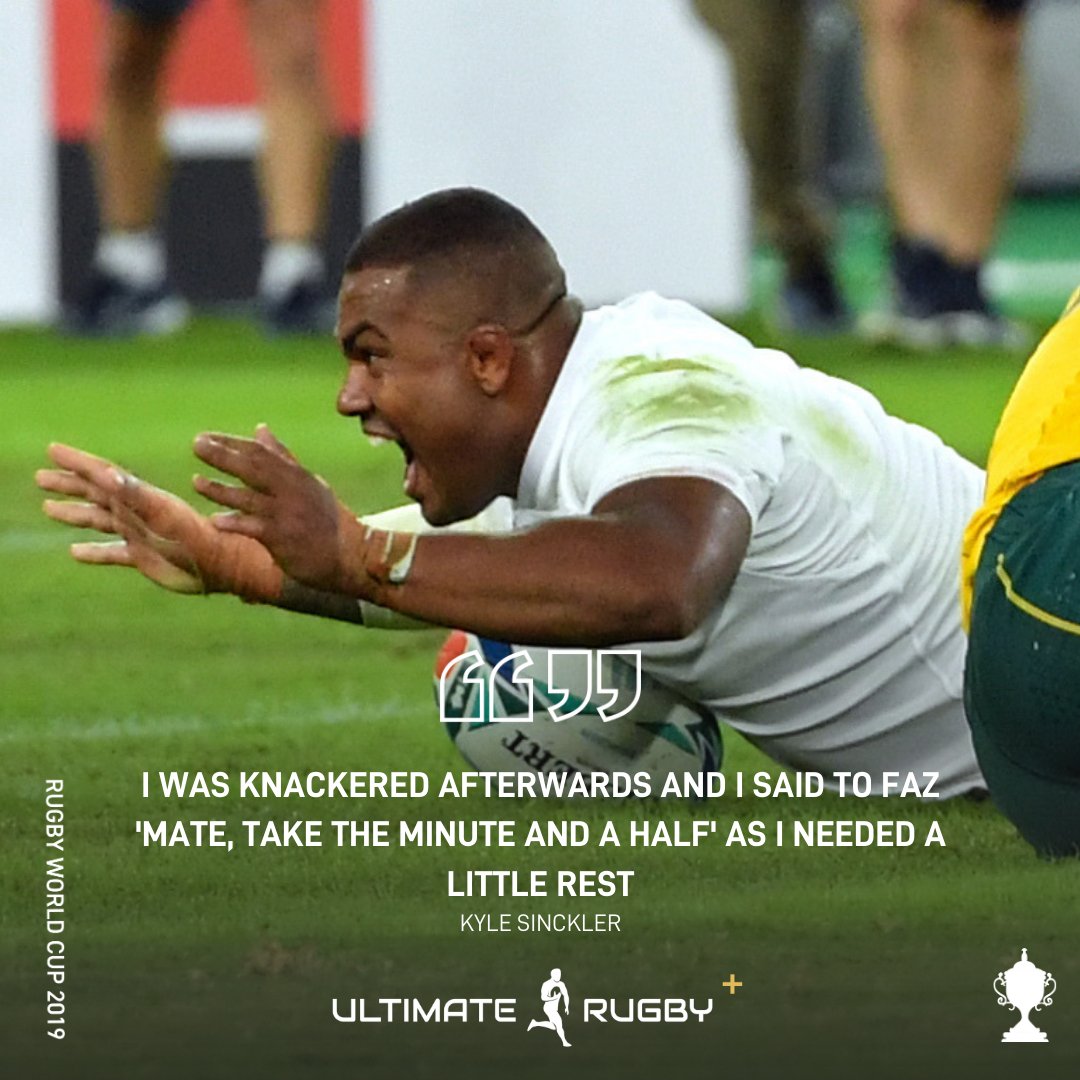 4 Jonny Gray - Exeter Chiefs:
The Scottish international makes his way to the Premiership from Glasgow Warriors. A Pro12 Champion with the Scottish outfit he also captained them at the age of 21.
5 Matias Alemanno - Gloucester:
Nearly 50 Super Rugby appearances and a stellar career through age-group level and senior tests with Argentina, Gloucester have signed a workhorse and powerhouse second rower to fill the void left by Franco Mostert. 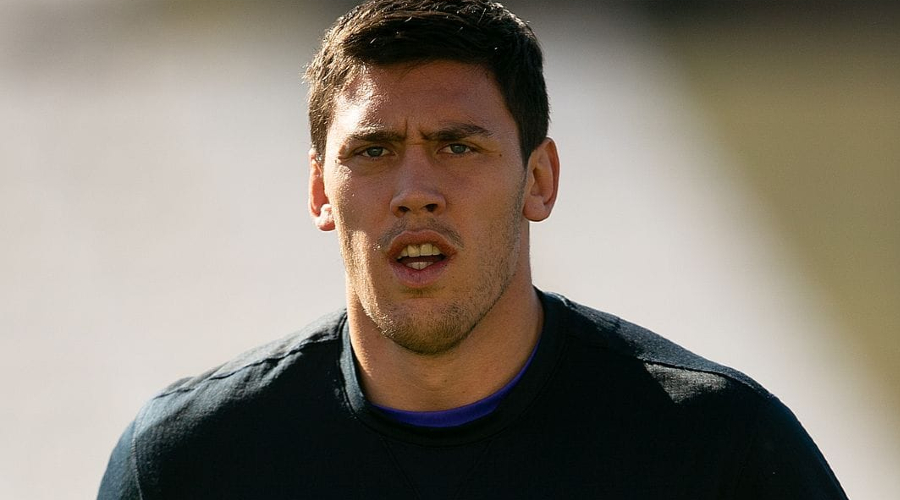 6 Nick Isiekwe - Northampton Saints:
A loan move from Saracens for the versatile forward. Having represented England in all age groups from U16 level the 2.01m 120kg talent has represented Saracens 35 times and was one of the form forwards in the competition before it was brought to a halt.


7 Matt Kvesic - Worcester Warriors:
Kvesic returns to the Warriors after a 7-year break that saw him represent Gloucester and Exeter. An England representative at U16, U18 and U20 he moved on in senior rugby playing for the Saxons as well as England.
8 Ben Earl - Bristol Bears:
Having recently earned his test debut for England in the Six Nations, Ben Earl was in fantastic form for Saracens in the opening rounds of the Premiership.
He makes a season-long move to the Bristol Bears before he returns to Saracens, presumably when they regain promotion.

One week to go 🙌@BristolBears recruit Ben Earl has scored 7 tries so far this Premiership rugby season, more than any other forward 🐻 pic.twitter.com/xAcb9bbHgb


9 Ben Spencer - Bath:
With close to 100 Saracens appearances Spencer makes the move to Bath after 9 years in London. Capped 3 times by England and an injury call up in the RWC the scrum-half has 4 Premiership Titles and 3 Champions Cup Titles in his collection.
10 Max Malins - Bristol Bears:
From Saracens on loan, he made his senior debut in late 2016. An England U18 representative he has also earned 12 U20 caps winning the U20 World Championship in 2016.
11 Nemani Nadolo - Leicester Tigers:
From Australia to Japan, New Zealand and France the Fijian international and powerhouse winger returns to England. He represented Australia U20's and scored 7 tries in 5 games in 2008 and hasn't looked back.

Nemani Nadolo on the score sheet again as @MHR_officiel run riot and give Lyon just their 2nd defeat of the season in the Top 14 pic.twitter.com/poQ1BCzsRc

12 Manu Tuilagi- Sale Sharks:
Arguably the biggest move during lockdown, Tuilagi ended 11-year stay at Leicester Tigers which included 128 appearances for the club and will be looking to finish off his season with a Premiership winners medal at Sale.

No surprise that Jonah Lomu is the inspiration behind Manu Tuilagi's game 💪 #RWC2019 pic.twitter.com/4mTGPsNmUZ


13 Semi Radradra - Bristol Bears:
One of the most ruthless midfielders around, Radradra makes the move from France and joins Bristol 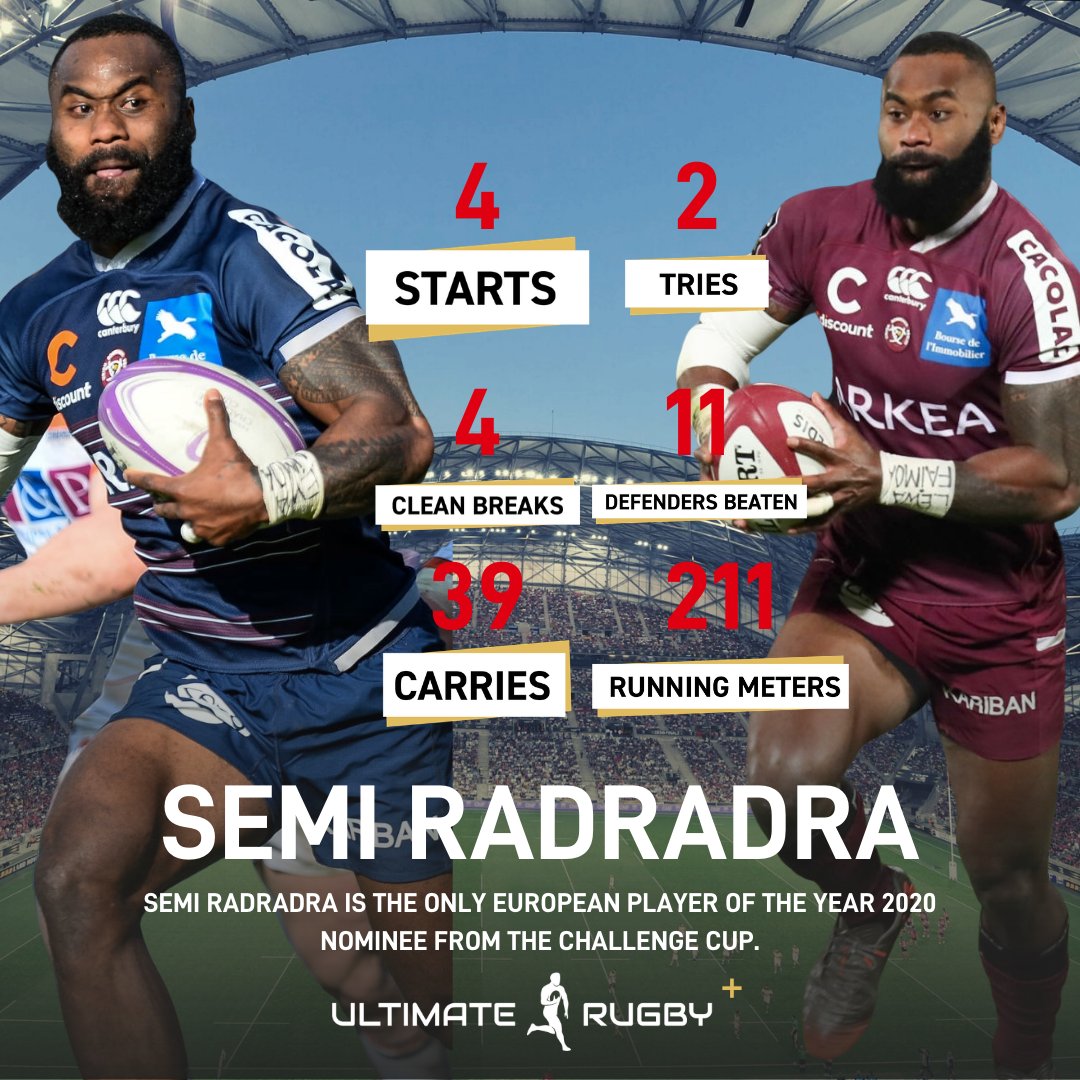 14 Matias Moroni - Leicester Tigers:
Moroni is another to leave the Jaguares having also represented Argentina at 7's U20's and senior level.
15 Kini Murimurivalu - Leicester Tigers:
With 134 appearances for La Rochelle he started his time in French Rugby with Clermont in 2009. Deadly with ball in hand he will cause hassles for Premiership defences. He has also represented Fiji at 3 Rugby World Cups. 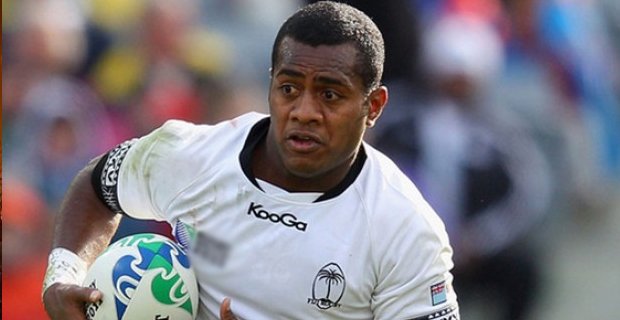