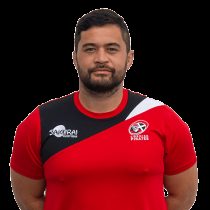 The New Zealander Marlen Walker joined side Cornish Pirates in the 2015 season and was recognised as their most improved player by the end of the season.
His hat-trick of tries against Rotherham Titans will always be a highlight as he continues his career at the Pirates for the 2016/17 season