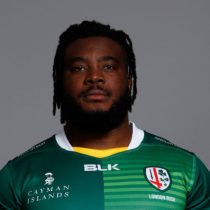 The Zimbabwe-born front-rower joined Welsh at the start of the 2016 season and made 13 appearances for the club including a Championship outing against Irish in October.

In January 2017, London Irish confirmed to have secured the services of the former England Students tight-head from London Welsh initially until the end of the 2016/17 season, but he agreed a new deal following a series of impressive performances.

Chawatama was named Zimbabwe Sports Personality of the Year in 2017.

In May 2019, he signed a new deal to remain at London Irish following the conclusion of the 2018/19 campaign.