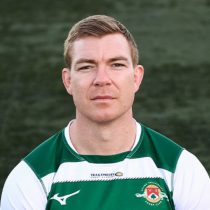 The Aberdeen born number 8 made his Scarlet’s debut against The Leicester Tigers in the LV cup in 2011. During his debut game, Murphy scored twice in a 31-3 victory for the Scarlet’s. He is a regular try scorer for the Scarlet’s: crossing the line five times in twenty appearances during the 2011-2012 season.

Murphy signed an 18-month deal with Ealing Trailfinders in the Greene King IPA Championship in December 2016, bringing experience from playing for Brive in France's Top 14 and the Scarlets in the Pro 12.

The no. 8 hit the ground running at his new club, scoring 7 times in 10 appearances, and will certainly look to continue this fine form in the coming campaign.