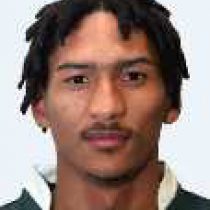 Another rugby talent from Tygerberg High School in the Western Cape, Geduld represented Western Province U18 in 2011 and the U19 team in 2012. But it was 2013 when the young centre entered the rugby world when he was contracted to play rugby 7s for the Blitzbokke. Strong performances on the Sevens World Series prompted his selection for the IRB Junior World Championships in France in the same year.

Geduld was included in the 12-man Springboks squad for the 2016 Summer Olympics in Rio de Janeiro, and was named in the starting lineup for their first match of the competition against Spain, with South Africa winning the match 24–0.