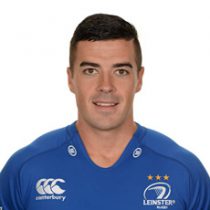 Coghlan previously won a Junior and two Senior Cup medals with Clongowes Wood College and made his PRO12 debut for Leinster in September 2012 off the bench against Newport Gwent Dragons at Rodney Parade.

He was part of the Leinster A squad that won B&I Cup titles in 2013 and 2014 and represented Ireland U20s during the 2012 6 Nations and Junior World Championship in South Africa.

In April 2016, it was announced that Coghlan would be joining English RFU Championship side Nottingham Rugby.

On 31st March 2017, Nottingham Rugby announced the re-signing of flanker Jordan Coghlan, for a further year.

The 24 year-old Irishman will return to The Bay for a second season, after joining the club from PRO12 giants Munster last summer, going on to make 18 appearances in league and cup during the current campaign, scoring one try.

Having worked closely with the Dublin-born back rower during his time at Munster, head coach Ian Costello was clearly very happy to secure the services of the former Ireland Under-20 international for another year.

In July 2018, Coghlan agreed a move to Leicester Tigers from Championship side Nottingham Rugby ahead of the 2019/20 season.