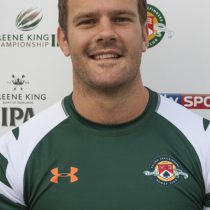 Joe Munro spend a second season with the Ealing Trailfinders during the 2016/17 season.

The imposing centre previously intimidated opponents wearing a Nottingham jersey, the four seasons he spent at Nottingham he cemented his name in to the match day squad. His powerful ball carrying will be an asset again this season for the Trailfinders.

Munro moved to Vallis Way at the start of the 2015-16 season and he has become first-choice at inside centre, where his powerful running, soft hands and defensive capabilities have made him one of the team's core players.

He moved from Nottingham, where he had played for four seasons, and made 11 appearances in his first season in west London. This season he has played 22 times so far and scored eight tries.