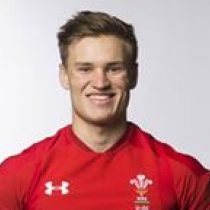 A Welsh speaker educated at YGG Llangynwwyd, Morgan played his club rugby at Bryncethin RFC before representing the Ospreys, and Wales, at age-grade level.

He stepped up to the Welsh Premiership with Bridgend Ravens at the start of last season, aged just 17-years old, marking his debut with a brace of tries in a defeat of Llanelli.

Having featured for Wales U20 at last summer’s World Rugby Junior Championship in France, was named into the squad preparing to set off to Argentina in the 2019 tournament.

In May 2019, Morgan signed his first senior deal with Ospreys.