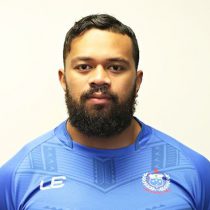 Born and raised in Auckland, Lemalu was a leading light at De La Salle College in the south of the City. Fa’atiga first played rugby at the age of 11 for East Tamaki local club in South Auckland.

He also represented New Zealand Secondary Schools in 2007. After playing for the amateur club Papatoetoe in 2011-12, Fa’atiga has played professional rugby for Munakata Sanix Blues in Japan (2013-17) and was also named in the Japanese Sunwolves squad which made their first appearance Super Rugby appearance in 2016.


He played briefly for Saracens in 2017 and then for Auckland ahead of a move to Yorkshire Carnegie in 2018, from where he joins the Cornish Pirates.

He has won 25 caps for Samoa since making his international debut against Tonga in 2012 whilst his last appearance came against England at Twickenham in 2017.

In November 2018, Lemalu joined Yorkshire Carnegie from New Zealand Mitre 10 Champions Auckland having helped the team to a Premiership victory for the first time since 2007.