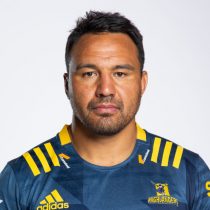 Dixon was a 2006 New Zealand Secondary Schools representative and Canterbury age-group rep through to Under-19 level, he has also won the World Cup with both the New Zealand Under-19s and Under-20s.

He started his career with Hawke's Bay playing 21 matches for the province from 2008–2009 before shifting north to further his career with Auckland. The move paid off after he was awarded a wider training group contract with the Blues for the 2010 Super 14 competition.

After being a part of the Blues Wider Training Group in 2010, Dixon was then promoted to the senior side for the 2011 Super Rugby season.

In 2012 he moved back to Hawke's Bay ahead of the 2012 season, and some solid displays for the Magpies saw him named in the Hurricanes Wider Training Group for the 2013 Super Rugby season.

During the 2016 Super Rugby break, the Highlanders announced Dixon extended his contract with the franchise.

He was confirmed as one of the Highlanders co-captains for the 2017 Super Rugby season having earned 51 Super Rugby caps, scoring one try.

The veteran hooker captained the Maori All Blacks against the British and Irish Lions in June, he also captained the side during their tour later in the year.

Dixon, named again for the Highlanders squad ahead of the 2020 Super Rugby season, had obtained 87 caps. In October 2020, the Hawke's Bay captain completed a second successful Ranfurly Shield heist in Dunedin, doing it in his 100th game for the province.

The veteran hooker took his Highlanders cap tally to 101 and went onto once again captain the Maori All Blacks and be named as the 2020 Maori Player of the Year.

In August 2021, the Highlanders co-captain and veteran hooker confirmed he would be heading to Japan on a two-year deal to play in the new Japanese League One competition which begins in January 2022.