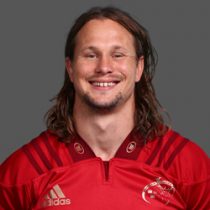 He was captain of the rugby first team of Hoërskool Nylstroom for 2 years and he represented Limpopo at the Craven Week competitions in 2008 and 2009.

Botha captained of the Baby Boks at the 2011 Junior World Championship in Italy, and went on to make his Currie Cup debut for the Bulls in the same year.

A Super Rugby debut season in 2012 saw the loose forward becoming a regular in the Bulls set-up.

Botha made his debut for the Springboks against Italy in 2013 and in 2016, he was included in a South Africa 'A' squad that played a two-match series against a touring England Saxons team.

In 2016, he was included in a South Africa 'A' squad that played a two-match series against a touring England Saxons team.

In January 16th, 2017, Ulster Rugby confirmed to have signed the South African international on a two-year deal, moving to Belfast at the end of the 2017 Super Rugby campaign.

Four months later, Ulster Rugby confirmed that Botha would not join the club as planned, following a detailed medical assessment on the player.

He made only one appearance for the Bulls during the 2017 Super Rugby season before the Bulls released him for the remainder of his contract.

Botha signed a deal extension at Munster, a deal that will see him remain with the province until at least June 2020.

In May 2020, Bulls announced that Botha would return to Loftus Versfeld after an emphatic three-year display in Europe.

The no. 8 made 43 appearances for Munster, scoring 8 points.