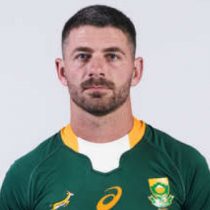 An exceptionally talented playmaker and outside back, Willie Le Roux has cut his teeth at the highest level and has been regarded as one of the finest players in his position.

A Paul Roos Gym graduate, Le Roux made his Super Rugby debut in 2012 and can comfortably operate at Fly-half, fullback and on the wing.

The talented fullback put in numerous top draw performances for the Cheetahs and it did not take too long before the national side came calling as his earned a test call up and earned a test debut against Italy at the age of 24.

He also played an integral part in South Africa's 2013 Rugby Championship campaign later that year. He featured in all six matches and scored tries in both home and away tests against Australia and in the deciding game at home to New Zealand. He registered his first career test try against Australia, in a 38-12 Boks victory in Brisbane on 7 September 2013.

Le Roux's stock continued to rise in 2014 as he was one of five nominees for the IRB Player of the Year award with the award eventually going to Brodie Retallick.

He was named in South Africa's Rugby World Cup squad that would finish third overall in England. Le Roux started all but one of the games for South Africa in the tournament - the loss to Japan.

He left the Cheetahs after the World Cup signing with the Canon Eagles and the Durban-based Sharks but featured in just one Super Rugby season for the side. In August 2016, Wasps announced the signing of the Springbok outside back.

Le Roux was an immediate hit at Wasps as he the helped the Coventry-based club reach the Premiership final in his first season, but they could not overcome Exeter going down 23-20. Wasps reached the semi-finals in his second season after a sensational season in the Premiership Le Roux was named in the 2017/18 Team of the Season after setting a Premiership record of 21 try assists during the regular season.

In May 2018 Le Roux was recalled into the Springbok squad by new Springbok coach Rassie Erasmus having last featured for the national side during the 2016 June Internationals against Ireland.

Le Roux helped the side to a series victory over England starting the first two tests before he was rested after the series was already decided. He went on to score a try in the historic win over New Zealand in Wellington in the Rugby Championship.

In January 2019, Wasps confirmed that Le Roux would be leaving the club at the end of the 2018/19 season. Two months later, he signed a deal with Japanese club Toyota Verblitz.

He played over 50 times for Wasps before leaving the side at the end of the 2018/19 season. 2019 would prove to be an extremely successful year for Le Roux on the International front as the Springboks went on to win the Rugby Championship for the first time since Argentina joined the competition before he was included in Rassie Erasmus' World Cup squad in Japan.

Le Roux would start five of South Africa's 7 games in the Rugby World Cup, including all of the knock out games and the final and although he didn't score a try at the World Cup he did assist 4 as the Springboks went on to beat England 12-32 in the final.

After the World Cup he officially joined Toyota Verblitz with 61 test caps, 56 starts, 12 tries and had won 40 of those tests with one draw. In April 2021, Le Roux penned a new deal to remain at Verblitz.

He was included in the 46-man Springbok squad to take on the British & Irish Lions in 2021 and turned out for the South Africa A team who managed a 17-13 victory over Warren Gatland's charges.