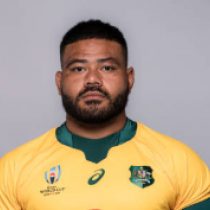 Born in Tonga, Latu signed a contract with the Waratahs for the 2014 season. The tough hooker went to school at Botany Bay Primary School, before attending South Sydney High.

He learnt his footy at Canterbury rugby before making the 2012 Australian Under 20s squad.

The hooker was a member of the premiership-winning side in 2013. His performances there caught the eye of the Waratahs who signed him up ahead of the 2014 Super Rugby season.

October 2016 saw him get a call-up to Michael Cheika's 32-man squad for the Spring Tour for Tests against Wales, Scotland, France, Ireland and England.

Latu was also added to Michael Cheika’s Wallabies squad for the 2018 Ireland Series following the withdrawal of Rebels hooker Jordan Uelese after confirmation of his anterior cruciate ligament injury.

He entered the 2019 Rugby World Cup tournament with 15 test caps.

The year 2019 saw him a switch to Europe after signing a deal with Stade Francais.