Stars of the Japanese Top League

The Japanese Top League kicks off this coming weekend with eight fixtures in the opening round of action.

Kubota Spears and Mitsubishi Dynaboars kick off the opening game at the same time that Suntory Sungoliath open the weekend's action.

Brave Lupus and Shinning Arcs face off just 40 minutes after the kick-off of the opening two games with the opening day, on Saturday, closing out with Red Dolphins hosting Red Hurricanes and Kobe Kobelco Steelers facing Yamaha Jubilo.

There are three games on Sunday with Black Rams and Canon Eagles opening the day's action with Honda Heat and Sanix Blues facing off in the second game. The weekend's action is finalised with Wild Knights and Green Rockets going head to head.

We take a run through the stars that could take the field in the opening round. 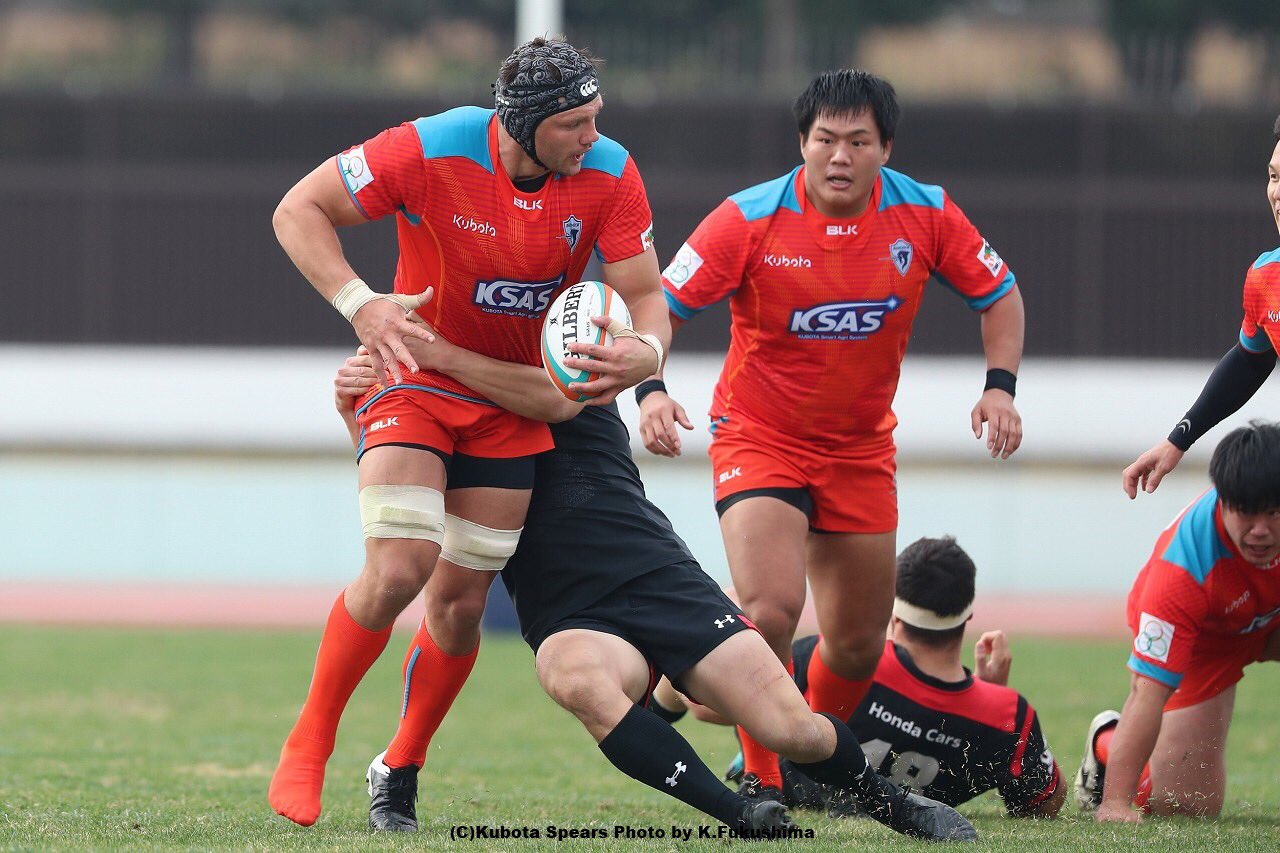 Kubota Spears have a number of stars on their books with Rugby World Cup-winning hooker Malcolm Marx joined by fellow South Africans Ruan Botha and Gerhard van der Heever. Second rower Ruan Botha is capped at test level and is set to rejoin London Irish after the Top League season. Former Munster and Sunwolves outside back Gerhard van der Heever has also represented the likes of the Bulls and Stormers.

South African born and Japanese international Lappies Labuschagne is likely to feature in the back row for the Spears who are set to be a real threat at the breakdown. Former All Black and Crusaders' centre Ryan Crotty is set to run the defence and tear through opposition defences along with Wallaby flyhalf Bernard Foley. Finally, Former Scarlets' second rower David Bulbring is likely to partner Botha in the second row.

The Spears face off against Mitsubishi Dynaboars in the opening round. The Dynaboars have a very Kiwi feel to the side with All Black second-rower/blindside flanker Jackson Hemopo joined with fellow Kiwi and Super Rugby winner Heiden Bedwell-Curtis.

Former All Black Rugby World Cup winner Colin Slade has also joined the side from French TOP14 club Pau. Former Bath pivot James Wilson is likely to provide cover for Slade. Former Blues and North Harbour centre Matt Vaega could well line up alongside the son of former All Black Walter Little, Michael. Michael Little comes from well known family in New Zealand with his father Walter representing the All Blacks while his uncle Lawrence Little played alongside his nephew Nicky for Fiji. 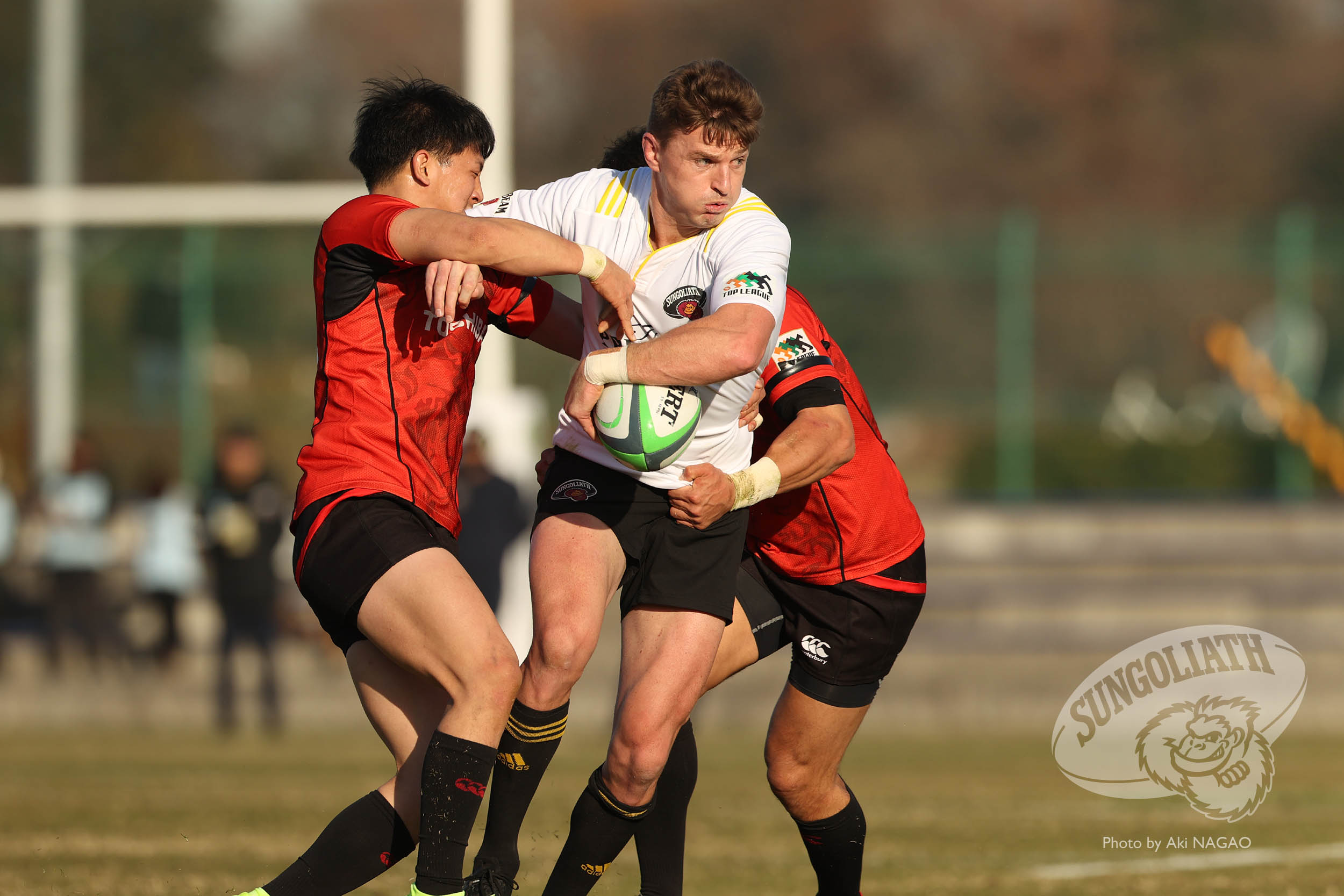 Former All Black coach Steve Hansen's Toyota Verblitz face the intimidating task of facing Suntory Sungoliath. There are superstars on both sides of the pitch with three Rugby World Cup winners likely to take the pitch.

Hansen may well get the opportunity to field one of the best back row partnerships in world rugby in Kazuki Himeno, Michael Hooper and Kieran Read. Himeno was set to join the Highlanders and miss the Top League season but due to COVID restrictions, he is available for selection this week. Verblitz have some real quality in the forward pack with Springbok and former Bulls' lock Jason Jenkins in their ranks as to is the impressive Chiefs' forward Michael Allardice. Former Waratah Jed Holloway is also on the club's books following a stint with Munster.

Coached by former Georgia head coach Milton Haig, Suntory Sungoliath also have England head coach Eddie Jones as a 'consulting director of rugby'. The star studded side may have lost the services of former Wallaby ace Matt Giteau but they have claimed the incredible coup of two time World Player of the Year Beauden Barrett who is set to start at first five for the side. Backing up Barrett as the side's pivot is former Stormers and Bulls flyhalf Josh Stander.

Joining Barrett in the backline is former Highlander's winger Tevita Li, superstar Wallaby Samu Kerevi and Japanese stars Yutaka Nagare and Ryoto Nakamura. There is an Aussie flair for the side, outside of Eddie Jones, with former Brumby back-rower Jordan Smiler as well former Wallaby Sean McMahon.

Former Glasgow and Edinburgh lock Sam Thomson also joined the club ahead of the new season as too did former Wasps lock Myles Edwards. Setea Tamanivalu is likely to feature in the centres along with Johnny Fa'auli with former Canterbury and Crusaders scrumhalf Jack Stratton in the side.

Coached by former Springbok and Sharks fullback Hugh Reece-Edwards the Shining Arcs have a ton of talented players in his ranks. Former NZ Schoolboy hooker Sekonaia Pole is joined by fellow Kiwi-born Anaru Rangi at the club. There is more of Kiwi feel to the side with South African born flanker Louis Conradie, who represented Otago, having joined the side along with former Blues second-rower Jimmy Tupou.

South African born and capped by Japan, Willie Britz is likely to form a formidable back row with former Wallaby Liam Gill and Japan star Amanaki Mafi. Shinning Arcs have an excellent halfback partnership with Greg Laidlaw and Christian Leali'ifano. Former Hurricane Fletcher Smith could battle Leali'ifano for the #10 jersey while Shane Gates and Sylvian Mahuza will feature in the backline. 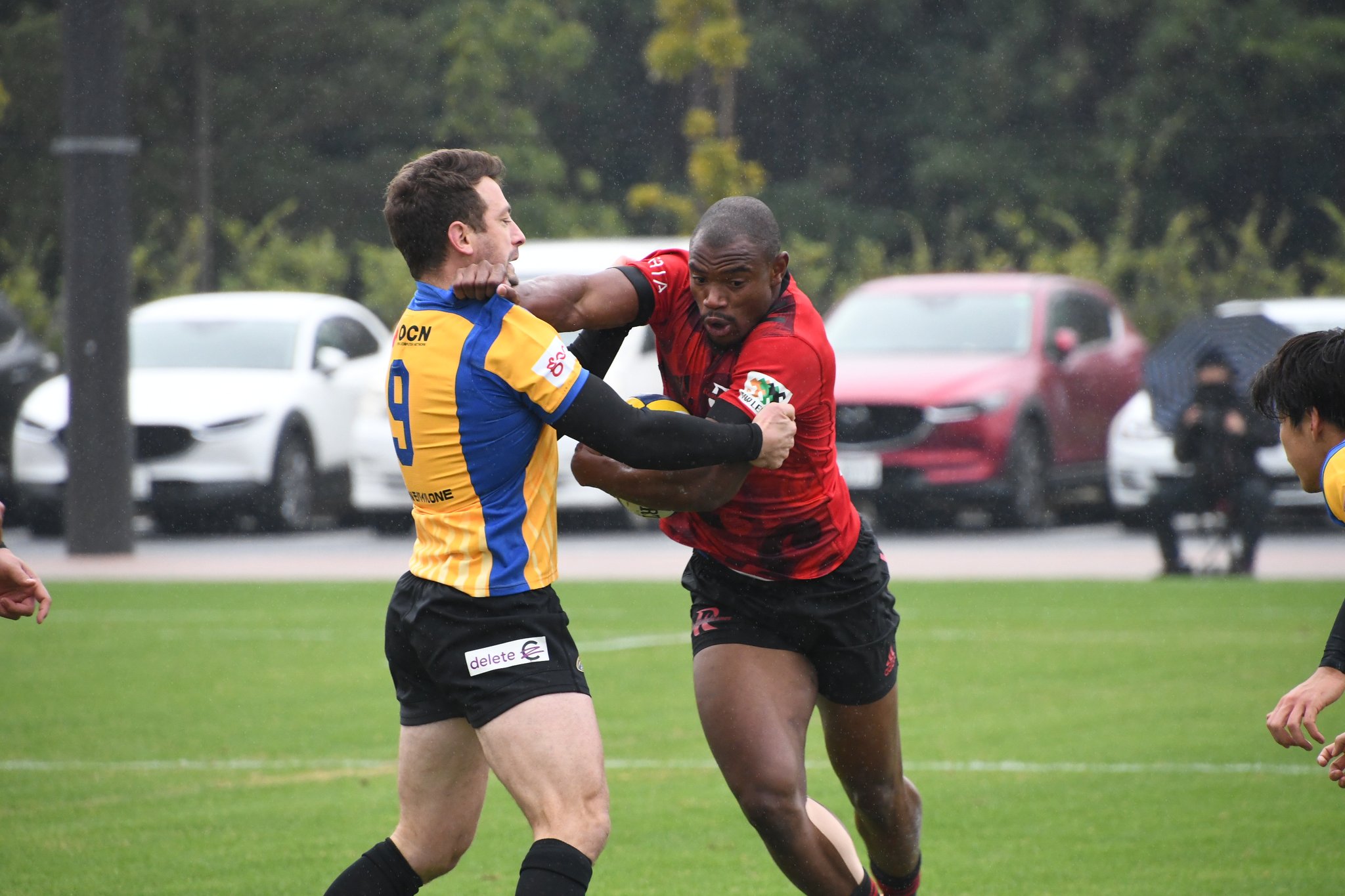 All Blacks scrumhalf TJ Perenara joined the Red Hurricanes for the 2021 season and is set to link up with fellow Kiwi and former Highlander Marty Banks in the starting line up. Utility backs Tom Marshall and Owen Williams followed Johann Ackermann in joining the club from Gloucester. Finally, popular Japanese scrumhalf Ippei Hata (pictured alongside Eben Etzebeth below) is also on the club's books. 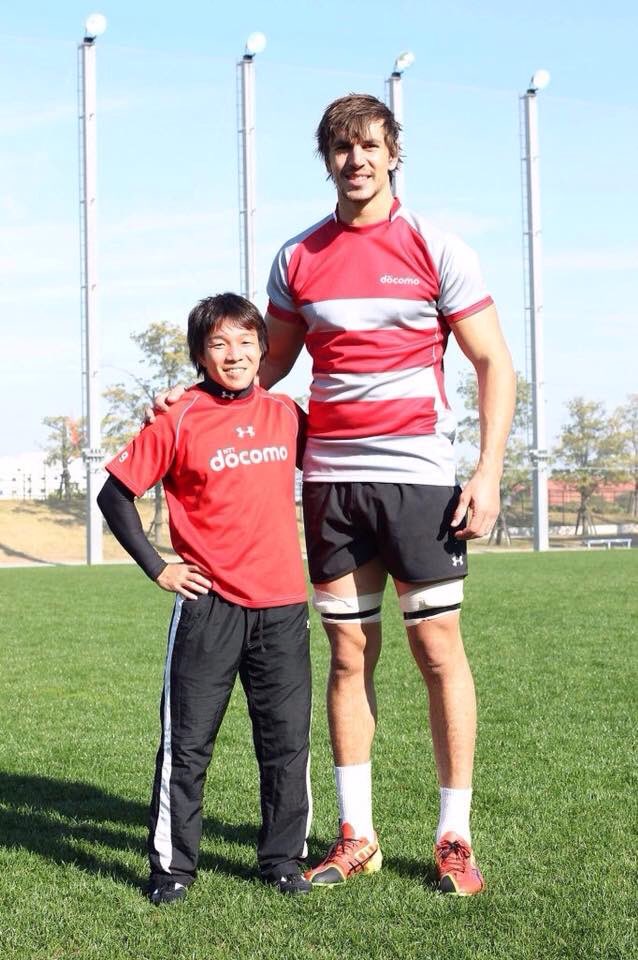 The extremely popular Japanese star Isieli Nakajima from the Rugby World Cup could feature just about anywhere in the Kobe Kobelco Steelers pack. He is joined in the pack by former Maori All Black Tom Franklin who captains the side and could line up alongside All Black star Brodie Retallick. The hard-working South African Grant Hattingh also features in the side.

The Steelers have a ton of talent in the backline with Kiwis Hayden Parker and Aaron Cruden battling out for the starting first five position. Another Japanese International Tim Lafaele also features in the side with a former Highlanders' fan favourite in Richard Buckman. Finally former All Black fullback Ben Smith is also contracted to the side that has Wayne Smith as their General Manager and former Springbok second-rower Andries Bekker as the side's forward coach.

Yamaha Jubilo have a mix of nationalities at the club with Scottish born lock Murray Douglas in the pack along with Irish back rower Paddy Butler and World Cup-winning flanker Kwagga Smith.

There are three Australians in the backline for Jubilo in Sam Greene, James Dargaville and Jayden Ngamanu. Finally, Japanese superstar Ayumu Goromaru is also set to play out his final season of his career at Jubilo.

Former Leinster and Montpellier back Joe Tomane is one of the big names on the books for Ricoh Black Rams. He features in the squad along with fellow Australians Isaac Lucas, his brother Matt and former Reds' back Matt McGahan.

The Canon Eagles have former Springbok prop CJ van der Linde in their coaching ranks and the links to South Africa does not stop there with World Cup winning utility back Jesse Kriel, lock Jan de Klerk, back rower Kobus van Dyk and fullback SP Marais.
Former Chiefs' utility forward Jesse Parete has also joined the Eagles and is likely to feature along with former Reds forward Ed Quirk. Finally, the Eagles have the Japanese halfback pairing of Fumiaki Tanaka and Yu Tamura on their payroll.
Honda Heat v Munakata Sanix Blues 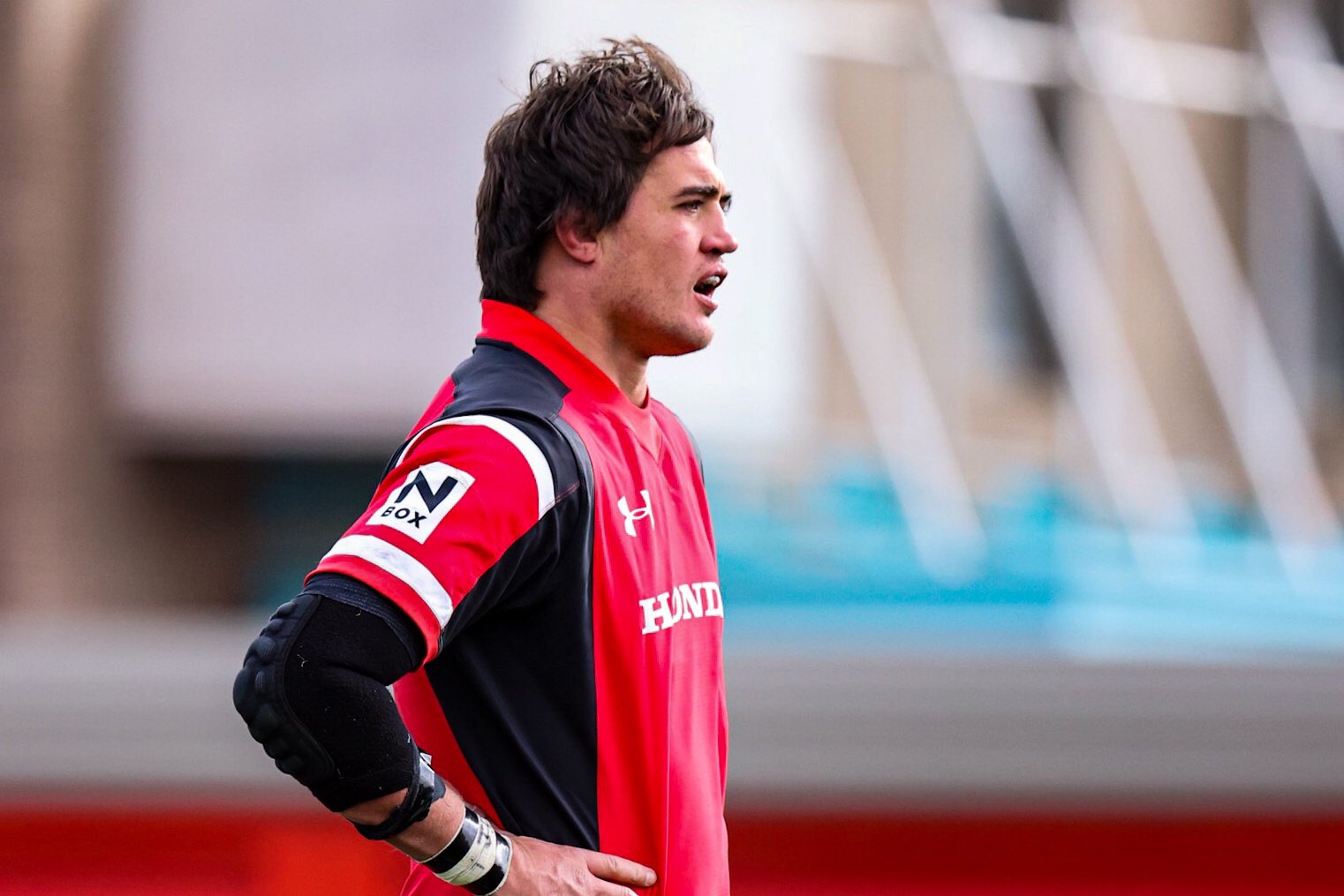 Having lost RG Snyman's services to Munster, Honda Heat have replaced one World Cup winner with another with Franco Mostert signing from Gloucester. Mostert joins fellow South Africans Paul Schoeman, flyhalf Jean-luc du Plessis, prop Matthys Basson and outside back Clinton Knox at the club. New Zealanders Shaun Treeby and Matt Duffie are also contracted to the side.
Australian Paddy Ryan is could feature in the front row for Munakata Sanix Blues in the opening round and could be joined by former Sunwolves and Blues front-rower Jarred Adams.
In the second row former Hurricane Mark Abbot could feature alongside Japanese International and New Zealand born James Moore. Back-rower Dan Pryor joined the Blues from the Highlanders in 2018 and could start alongside Rahboni Warren-Vosayaco in the back row although the former Sunwolves star could well start in the backline.
Another former Highlander Jason Emery is contracted to the Sanix Blues as too is Japan star Lomano Lemeki. Well known Japanese star Karne Hesketh, who scored the match-winning try against the Springboks in 2015, is also listed in the Blues' squad.
Panasonic Wild Knights v NEC Green Rockets 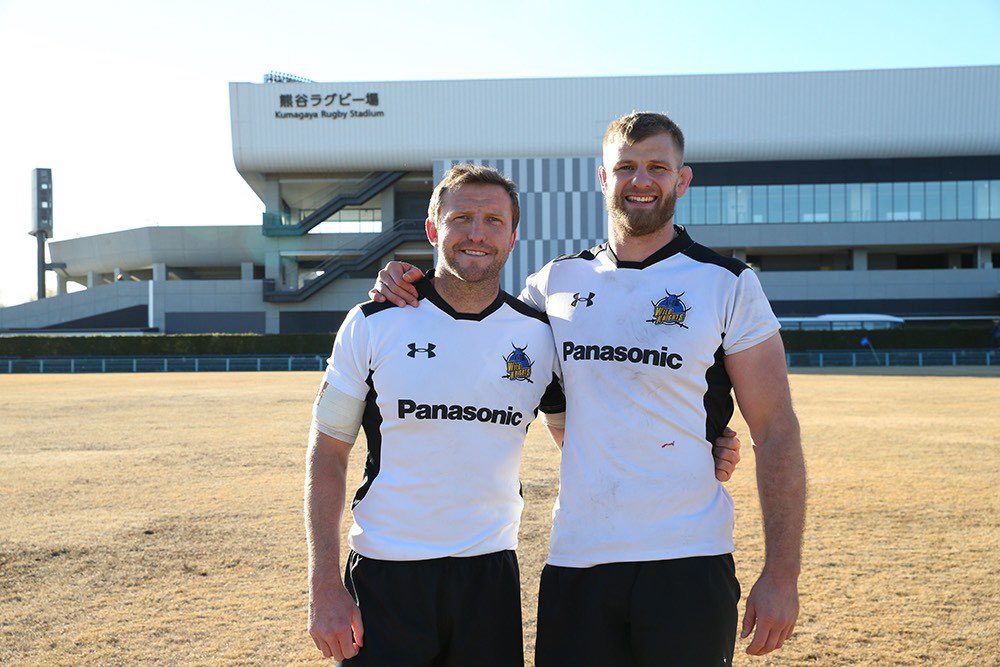 A pair of Six Nations' stars could feature for Panasonic Wild Knights in the opening round with George Kruis and Hadleigh Parkes having joined the club.
The Robbie Deans coached side is one of the top clubs in the competition and has a powerful front row with Japanese Internationals Keita Inagaki and Shota Horie on the books along with Craig Millar.
Former Lions and South Africa A international Harold Vorster is likely to start outside Parkes with Semisi Tupou featuring in the backs.
The Green Rockets also have a star of the Northern Hemisphere on their books with Alex Goode having joined the side from Saracens. He is joined by former Waratah Andrew Kellaway and former Cheetah Benhard Janse van Rensburg.