Round 6 kicks off with a juicy showdown at the AJ Bell as Sale Sharks host the Exiles.


Sale will be riding a wave of confidence after last week’s 26-16 away victory over reigning champs, Leicester Tigers:


Irish will take the pitch with plenty of juice in the legs after enjoying a bye last week. The last time they were in action they powered past Bath at the Gtech Community Stadium:

Scotland hooker Ewan Ashman also features from the start for the first time this season while Dan du Preez and captain Ben Curry return to action as the Sharks Director of Rugby makes five changes for the round six clash against Declan Kidney’s men in front of the BT Sport cameras.

In the second row, Jonny Hill lines up alongside Jean-Luc du Preez who switches from the number eight shirt he wore in the win at Premiership champions Leicester in round four.

Twin brother Dan is back in his familiar position at number eight for Friday’s game, and he’s flanked by another set of twins – captain Ben Curry at blindside flanker and brother Tom at openside.

In the half-backs, Raffi Quirke lines up at scrum-half after his electric cameo at Mattioli Woods Welford Road last weekend, and he’s joined by the in-form Rob du Preez at fly-half.

After an injury plagued 2021/22 season, fit-again Sam Hill starts at inside centre and he’s partnered by the ever-present Sam James at 13.

And after an impressive showing against Leicester, the back three is unchanged as Joe Carpenter takes his place in between Tom O’Flaherty and Tom Roebuck. 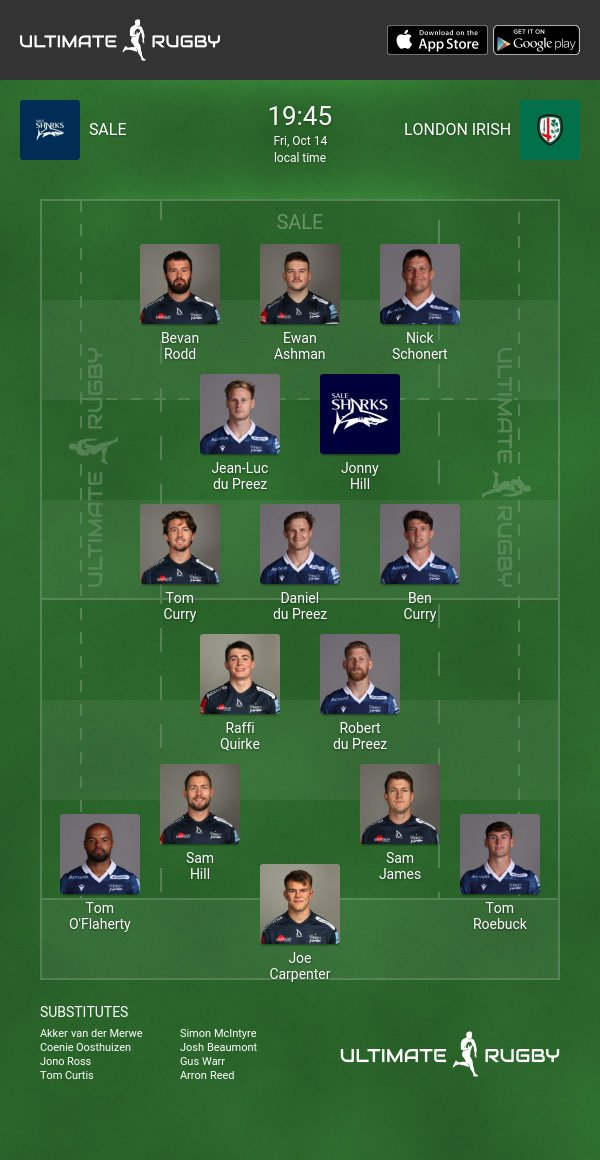 Declan Kidney has confirmed the squad that is set to travel to Sale Sharks for the Gallagher Premiership Round 6 clash on Friday night (7:45pm kick-off).

The fixture will be shown live on BT Sport after the entertainment last season’s clash between the two sides at the AJ Bell Stadium ended in a 27-27 draw, enticing the cameras to head to Manchester.

Will Goodrick-Clarke, Agustin Creevy and Lovejoy Chawatama are in the front row, with Api Ratuniyarawa and Rob Simmons, who will captain the side, in the second row.

Ben Donnell is named in the six jersey and is joined in the back row by Juan Martin Gonzalez and So’otala Fa’aso’o, with the latter making his first appearance in the London Irish shirt.

Ben White and Paddy Jackson continue their partnership in the halfbacks, with Benhard van Rensburg and Will Joseph combining in the centres.

Ollie Hassell-Collins, Ben Loader and James Stokes are named as the back three.

“Anytime you head to Manchester to take on Sale Sharks at their stadium, you know it will be a good, physical encounter,” said Declan Kidney, Director of Rugby.

“It will be a good test for our squad, and one that we are looking forward to.

“We had a bye week last round, which gave us a good opportunity to rest some bodies, but now we are eager to get back into it, starting tomorrow night.” 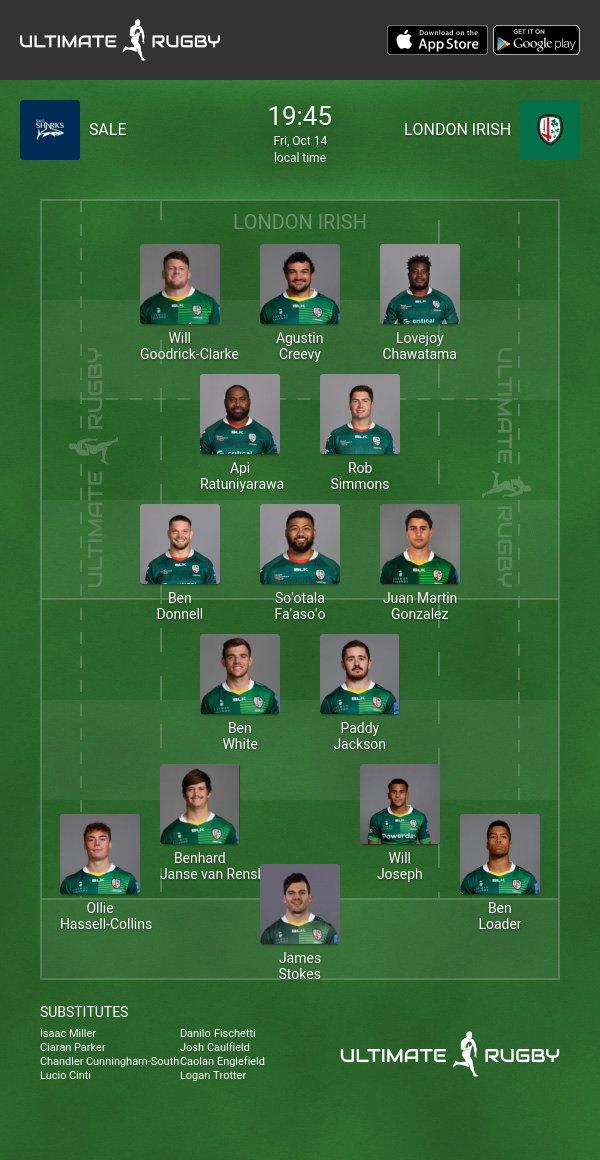