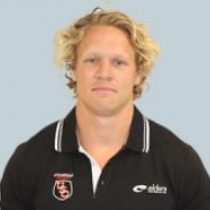 Matt Hopper is an interesting story, as he is somewhat a late bloomer when it comes to his professional career.

He played rugby while studying at Cardiff University and then spent a year in Australia playing for Manly.

After returning to the UK, Hopper played for Plymouth and the Cornish Pirates, where he was spotted by Harlequins. He made his Quins debut at 26 and has already played for England Saxons in a rapid rise that is uncommon in the professional era.

Hopper joined Harlequins in July 2011 having enjoyed a meteoric rise from RFU Championship side Cornish Pirates, to the Aviva Premiership outfit.

As a result of his excellent club form, Hopper was called into the 2012 England Saxons squad to play the O2 Irish Wolfhounds.

Returning all the better for the experience, he was a constant in the latter stages of that season, helping Harlequins to success in the 2012 Aviva Premiership Final.

Making his 100th senior appearance for Harlequins in 2016, he has played on 112 occasions, scoring 15 tries.

In recent years he has developed a senior leadership role within the playing group, regularly captaining the team during the Aviva ‘A’ League this season.

Harlequins confirmed on Thursday 13th April that centre Matt Hopper will leave the Club at the end of the current season to join France’s Pro D2 side, Oyonnax.