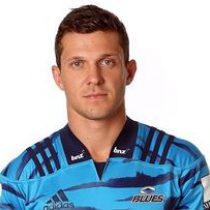 Duffie attended Saint Kentigern College in Pakuranga, Auckland, New Zealand, where he was a part of the school's First XV, playing at fullback.

He joined the Melbourne Storm after school to start a successful NRL career spanning over five seasons.

The former Melbourne Storm prodigy returned to Auckland in 2016 to take up a two-year contract with the Blues & North Harbour.

Duffie made 7 appearances for the Blues in his debut season scoring 2 tries, he has been included in the Blues 2017 Super Rugby squad.

In the 2017 Super Rugby season, Duffie played 14 times for the Blues scoring five tries, his strong positional play and aerial ability making him a regular fixture on the right wing.

At the end of the season his contract with the Auckland-based franchise until the end of 2019.

His form was rewarded by All Blacks head coach Steve Hanson as he was named as one of four uncapped players in their squad for their end of year tour.

Matt is a significant contributor in the Blues side and his leadership and professionalism are highly respected by players and staff.