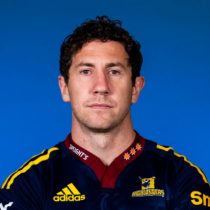 Banks was playing for Takapuna in Auckland when an opportunity to join Krasny Yar in Russia came via Canterbury Rugby Union.

After the Russian side tabled a two-year contract offer for the fly-half, he decided to leave and joined Buller in the 2012 Heartland Championship, scoring a province record of 131 points.

After spending a year with the Tasman Makos while featuring in the Crusaders development team, Banks landed a contract with the Hurricanes for the 2014 Super Rugby season & made five appearances for the Wellington-based franchise before heading south to join Highlanders.

In 2014, Banks was instrumental in helping Tasman to the provincial final, while also picking up Player of the Year for his side.

He became a welcomed addition to the Highlanders, providing depth in a pivotal position. Banks earned the nickname "Money in the Banks" after successfully kicking a couple of clutch shots at goal that won the Highlanders the game in their 2015 championship winning season.

In May 2016, he signed to join Benetton Treviso's 2016/17 campaign. Banks' move to Italy was delayed in January due to personal reason and he only be joined the Pro 12 side at the end of the 2017 Super Rugby season.

He finished the 2017 Super Rugby season having played in 14 of the Highlanders 16 matches scoring 120 points with a 77% kick ratio. He also came off the bench against the British and Irish Lions and kicked the winning penalty for the Highlanders.

Banks joined up with Benetton Rugby for the beginning of the 2017/18 Pro 14 season, the Italian side also compete in the European Rugby Champions Cup.

After scoring 83 points in 14 games since joining the Treviso-based outfit, Banks confirmed that he would leave the side having agreed a deal with Japanese club NTT Docomo Red Hurricanes.