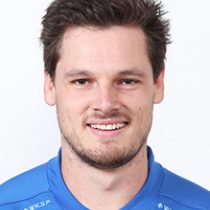 Australian born Cornelson is the son of Wallabies great Greg Cornelsen, the backrower who famously scored four tries against the 1978 All Blacks at Eden Park.

After playing in the NRC Panasonic coach, Robbie Deans, signed the blindside flanker who never considered the idea of playing for Japan when he moved countries to play in the Top League.