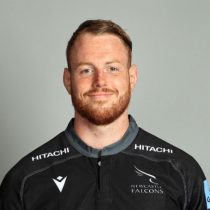 Joining the Harlequins Academy in 2011 from Whitgift College, George was part of the England U20s squad that won the Six Nations Grand Slam in 2012; in the same year, he represented England in South Africa during the Junior World Cup.

Having made his Harlequins debut in the 2013 London Double Header, the second row went on to make 43 appearances for Harlequins, scoring two tries.

He signed a contract that saw him commit to Harlequins beyond the 2017/18 season.

Merrick took his appearance tally for the Harlequins to 100 during the 2018/19 season before he signed a two-year deal with French club Clermont until June 2021.